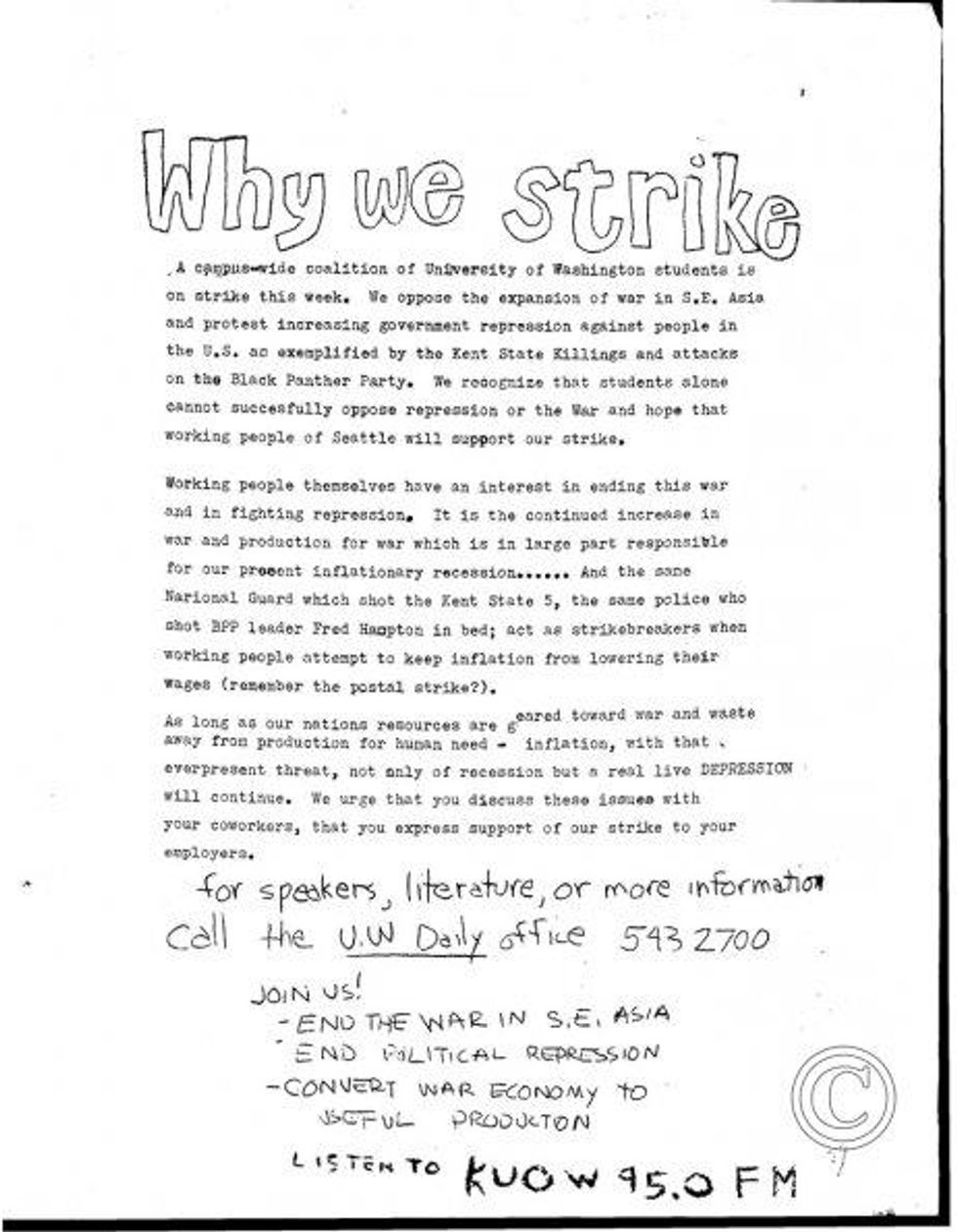 In May 1970, student protests at universities across America broke out in response to the U.S. occupation of southeast Asia, which eventually became the Vietnam War. Students led classroom walk-outs and marches to demonstrate their dissatisfaction with the conflict abroad. After one protest at Kent State in Ohio resulted in the death of four students, students at the University of Washington found renewed reason to add their voices to the movement. Students penned a letter calling for their older neighbors and fellow Seattle residents to join them in their efforts. This letter and others like it are owned and kept by the University of Washington.

Skills for Bridging the Divide

Volunteers: We’ve got a job for you! (Info Session)

Video: Businesses that end political contributions can focus on innovation and community