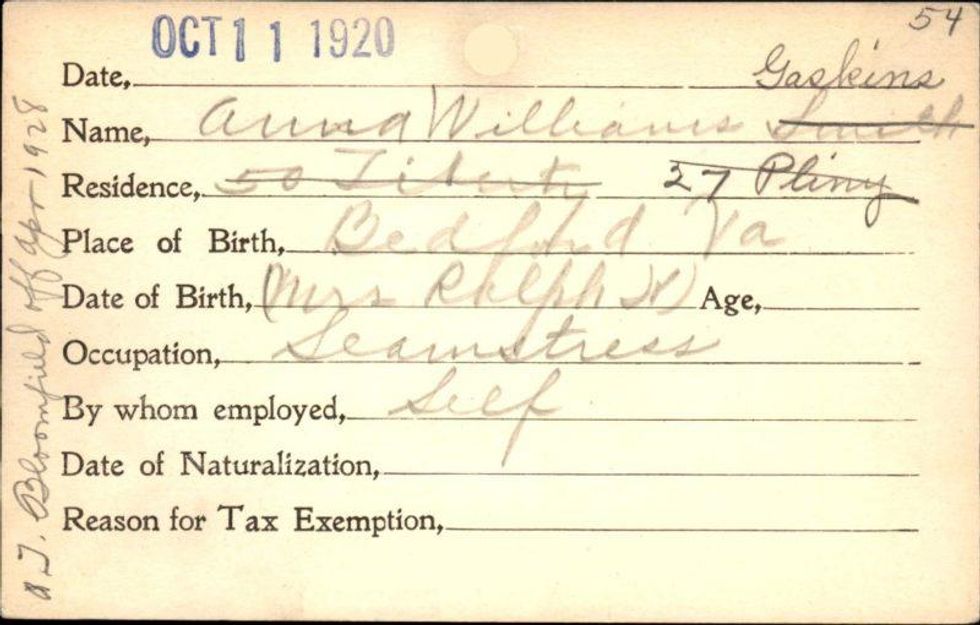 When women were finally given their right to vote in 1920, many registered officially to add their long-omitted voices to our election process. This registration card, found in the Hartford History Center, was filed two months after the 19th Amendment’s ratification, representing a new era of voting rights in America. It was completed by one of the newly hired card writers in Hartford, Conn., who were assigned to issue new-voter registration cards. Expanding the right to vote also did much in the way of creating jobs! Extra workers and voting machines were added by the Hartford board of selectmen to meet the large number of women who would be voting for the very first time that fall for federal and state elections.

Being Red in a Blue Environment