It’s primary day. Here’s what you need to know.

What you need to know about today’s primary states 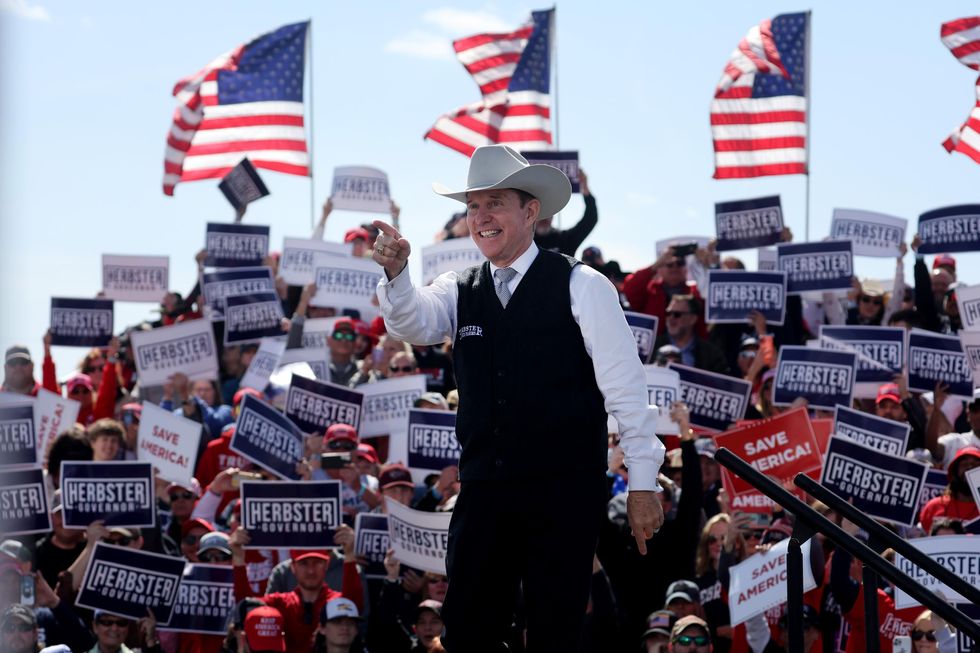 Nebraska gubernatorial candidate Charles Herbster speaks during a rally May 1.

Voters in Nebraska and West Virginia will cast their first ballots of 2022 today, when they select their nominees for Congress and state offices. (Well, not all voters. While Nebraska’s legislative elections are nonpartisan, the parties control the other nominating contests in the state. West Virginia has an open primary that requires party registration.)

And there are some high-profile races on the ballots.

Both states have seen a number of changes to their election laws, joining a wave of legislative activity spurred by the Covid-19 pandemic and furthered by disputes over the 2020 presidential election. In fact, legislators in both states made significant changes just in the past couple months, after we finished our Election Evolution series.

Among the latest changes:

So Howard Gorrell, a former Republican Party statistician and an opponent of partisan gerrymandering, took it upon himself to grade West Virginia’s congressional map. (He’s also a sixth-generation native of the state.) He used the same criteria used in the report card.

Check out his grade for West Virginia.

The Voting Rights Lab’s weekly legislative tracker noticed that a bill under consideration in Missouri is a mixed bag. Those who advocate tighter voting rules will celebrate the bill’s new restrictions on voter ID. But people who want to make it easier to vote will be happy the measure establishes early in-person voting in the state. The state Senate may vote on it this week and send it back to the House for a final vote.

Read more about these moves and other state-level activity.

The bigger meaning of your shoes

Barbara Steinmetz escaped the Holocaust by grabbing her shoes and fleeing across Europe. Today, she encourages Americans to grab their shoes and vote. Not just because it’s our civic duty, but it’s how we avoid giving power to dictators.

Try as I might to think of all the shoes I stood in, the view in my mind’s eye quickly changes to the shoes hastily gathered today, in 2022, by fellow human beings once more running for their lives, grabbing their terror-stricken children. To run away from their homes, their lives, their traditions, their homeland. Running on their shoes. Running with their children in their arms, leaving their lives, possibly forever … again. Didn't we say, “Never again?” But once again some tyrant is turning the world order upside down. When is enough finally going to be enough?

If Roe v. Wade is overtuned, as seems likely, states will be free to make their own laws about abortion one of the most intensely divisive issues in America.

How have you responded to the news? How have your friends responded? Is the news making you second-guess whether it's worth it to try to "bridge divides"? Our resident advice columnist, Joe Weston, wants to help you do just that.

Please send Joe your questions about navigating discussions about abortion. He is here to help you resolve tension, polarization and conflict.

You ask, we answer: What happens next with redistricting in New York? (Daily Messenger)

Living in a Multi-Cultural Society - The Great Reset - May 10

The Neutrality Trap: Dialogue and White Supremacy - Mediators Beyond Borders International - May 11