There is some common ground on election reform 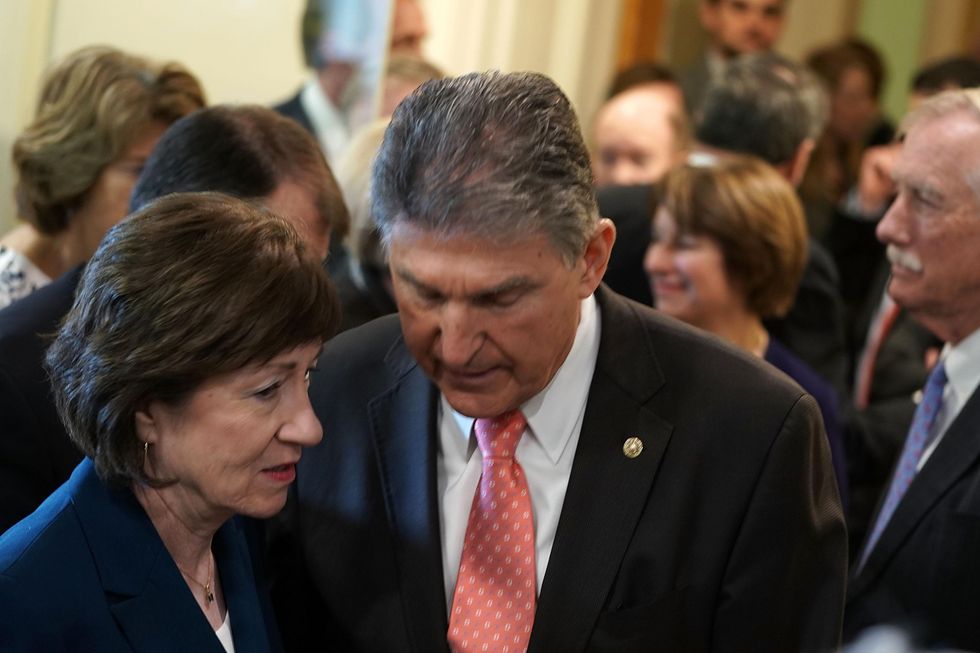 After the 2020 election, there was talk of updating the Electoral Count Act to more clearly define the role of the vice president in certifying the Electoral College results. It had never been an issue until Donald Trump and some of his advisors tried to convince then-VP Mike Pence that he had the authority to change the results of the election.

Pence stood his ground and a riot broke out at the Capitol, and Joe Biden became president.

Now, a bipartisan group of 16 senators led by Democrat Joe Manchin and Republican Susan Collins is preparing a slate of reforms that would, among other steps, guarantee such a scenario cannot happen. And the American people are on board.

New polling from CommonSense American, a project of the National Institute for Civil Discourse, found that 92 percent of Americans want to see the Electoral Count Act updated to clarify the role of the vice president. That includes 97 percent of Democrats and 86 percent of Republicans.

Other results from the bipartisan survey:

Read more about the survey and proposals.

Additional reading: Watching the Jan. 6 hearings through the lens of both accountability and healing

Vet the Vote, a coalition of organizations supporting veterans and military families, launched a campaign to recruit 100,000 people to staff elections this year, with the hope of making it a sustainable effort.

Retired Gen. George Casey, who served as Army chief of staff, headlined a press call announcing the launch this week. Casey had already signed up to work the 2022 election in Arlington, Va., before being recruited by Vet the Vote.

“Even though that might seem like it's a small thing, confidence in our election process is fundamental to sustaining any democracy,” Casey said. “And it struck me that, by getting involved, I might just be able to do something to help restore a level of confidence to our electoral system.”

Election officials in much of the country are facing a shortage of workers this year, and the campaign is particularly targeting Arizona, Georgia, Michigan, Nevada, Ohio and Wisconsin.

The latest episode the “Democracy Works,” produced by the McCourtney Institute for Democracy, looks at the philosophical underpinnings of freedom and liberty as they relate to current events like the debate over abortion rights and Covid-19 policies.

One of the themes throughout the 2022 primary season has been the intraparty fights between Republicans who have embraced the Big Lie and others who acknowledge Joe Biden legitimately won the presidency.

But sometimes missing in that coverage is the role Democrats have played in supporting the Republicans who deny Biden’s victory, in order to face supposedly weaker campaigns in the general election.

“Boosting radical anti-democratic candidates may not only be ineffective, it’s also completely irresponsible. By engaging in this cynical strategy, these campaigns are in fact pushing extremists closer to power – something that should concern American voters on both the right and the left. With the Jan. 6 hearings showing how vulnerable our democracy is, Democrats are risking handing power to dangerous anti-democratic extremists for the short-term gain of facing a weaker opponent.”

How to Get Media Coverage - Civic Genius - June 30

We the People’s Forum: Is It Time For A Third Party?