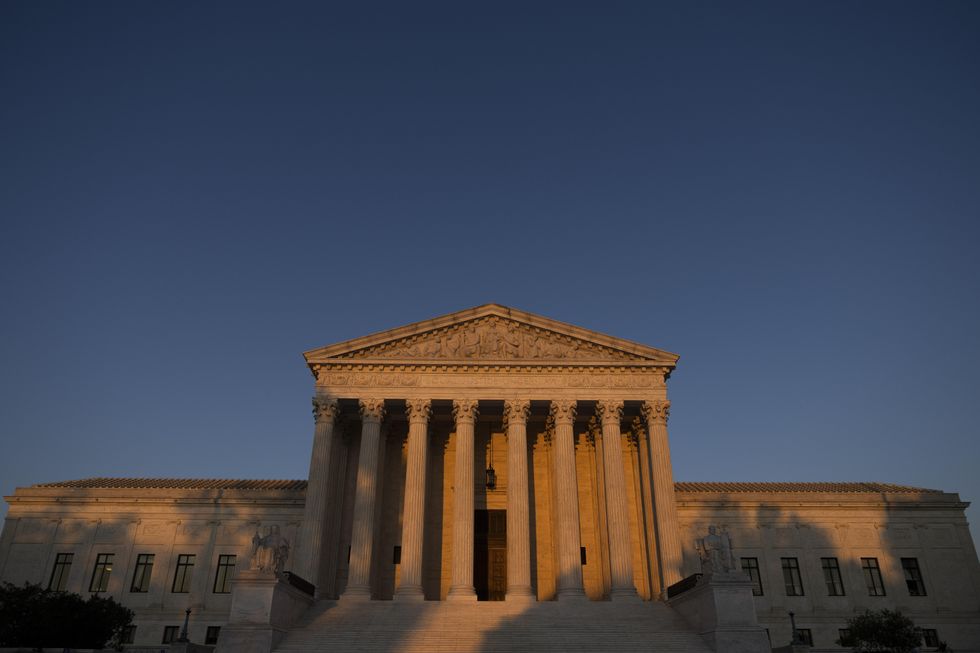 Public opinion of the Supreme Court dropped to its lowest point in two decades after the justices declined to block Texas' controversial abortion law, new polling shows, echoing poor marks for the other branches of government.

Two-fifths of Americans approve of the job the Supreme Court is doing — a sharp decline from July when 49 percent of people indicated approval, according to a new Gallup report released Thursday. Public opinion of the high court has been worsening since it last peaked at 58 percent — one of its highest ratings — just over a year ago.

Similarly, President Biden's approval rating fell 6 percentage points over the last month to 43 percent, the lowest mark in his presidency, per a separate poll by Gallup released Wednesday. Congressional approval remains low, with just 27 percent of Americans satisfied with the job lawmakers are doing. 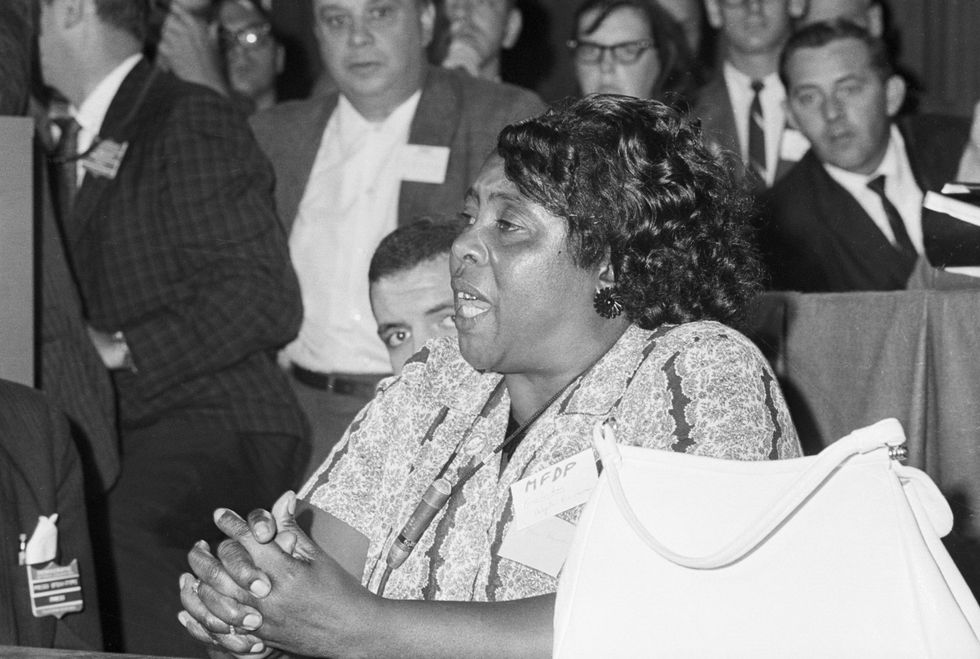 There exists something transcendent in the best of what the African American experience has to offer. It is reflected in the many cultural contributions made throughout American history. Africans brought to America have had a profound influence on the American civic landscape. I use "soul" as a metaphor to describe this sense of awareness. It can be heard in the music, from spirituals to hip-hop, and it strives to raise the consciousness of this nation, writes Brian Rubin, founder and principal of Bstory, an initiative that uses the power of collective story to breathe new life into our civic and moral imaginations. 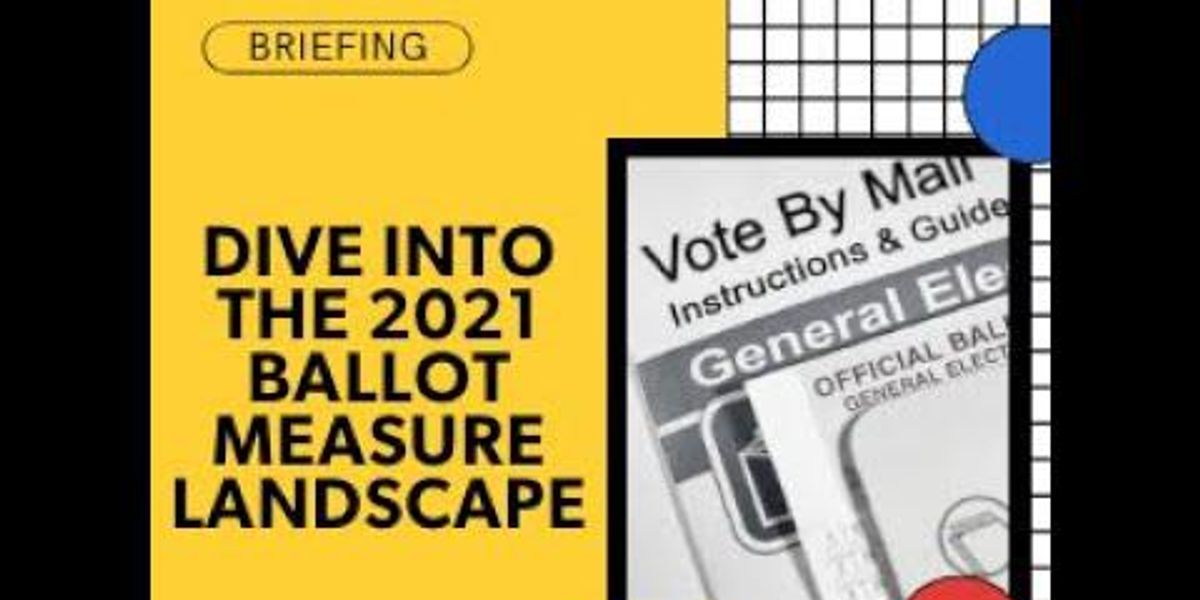 Jazz as a metaphor for Democracy 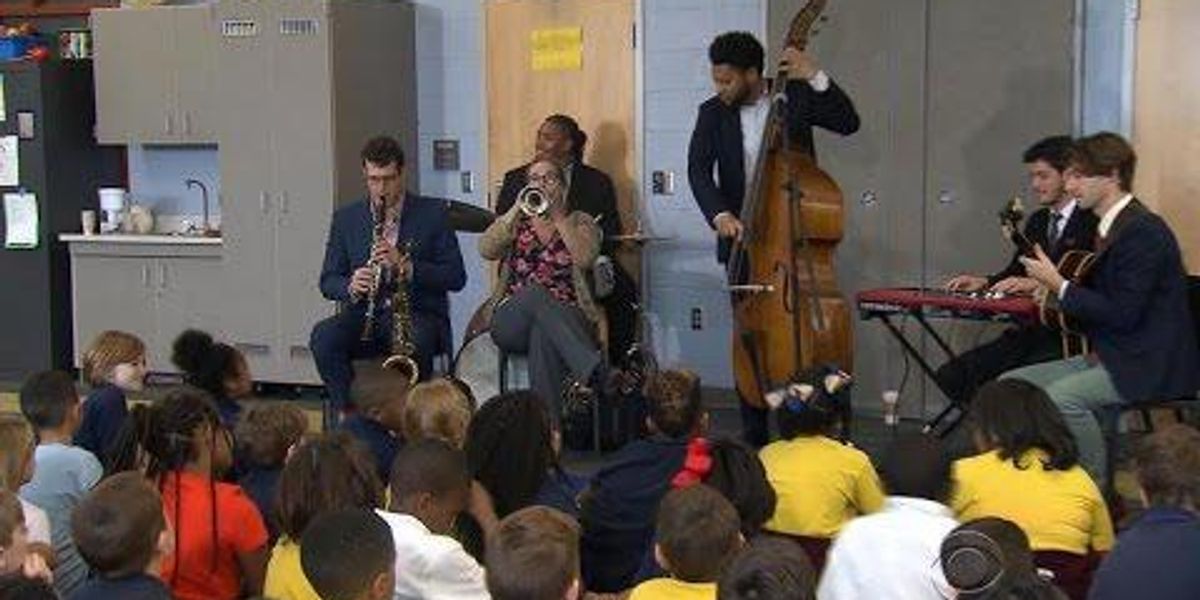 "The question that confronts us right now as a nation is, 'Do we want to find a better way?'" Marsalis says.

To understand what democracy and jazz have in common and to see how music can engage a new generation of Americans to appreciate the democracy we all love, watch this short video. 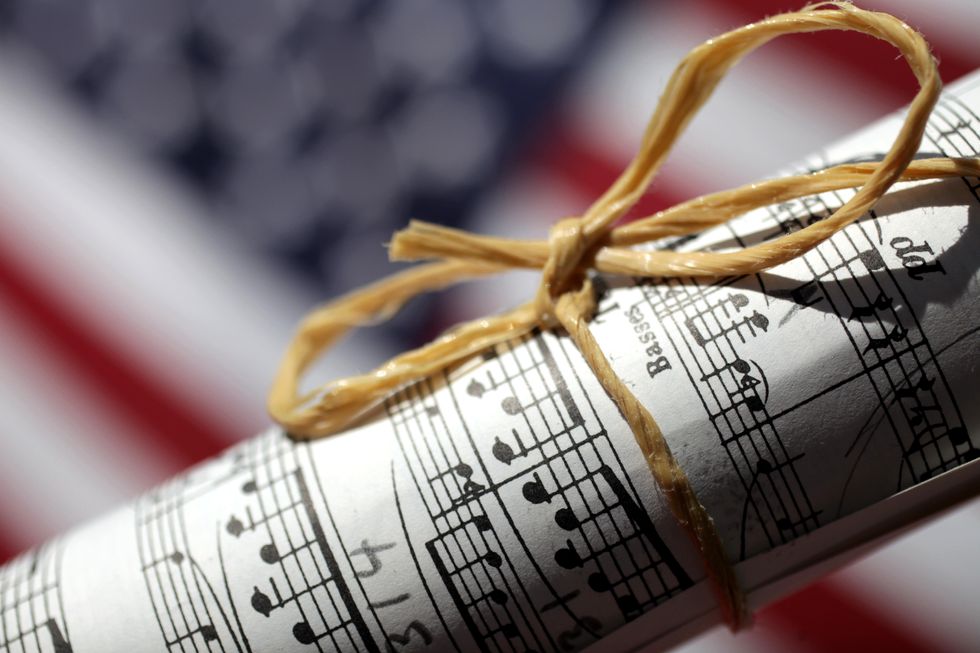 In May 2021, when we took over as publishers of The Fulcrum, we were thrilled to have the opportunity to build upon the successes of the first two years. We told you then that The Fulcrum has the potential to serve an important role in acknowledging our differences as a nation in order to strengthen the bonds among us.

Our four-month journey has taught us much.

How North Carolina has restarted the debate over voter ID laws 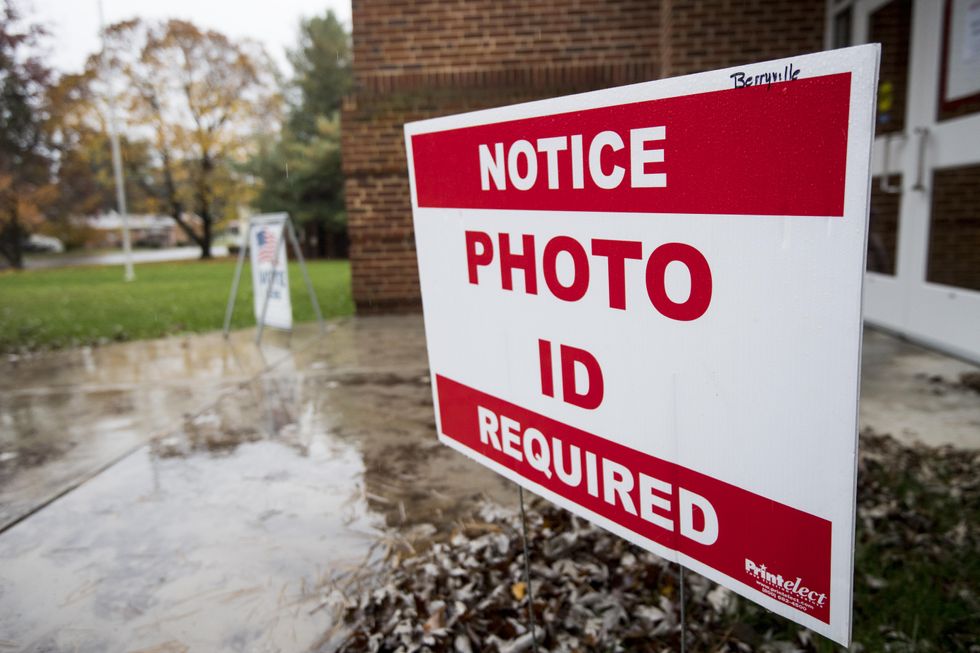 The recent ruling against North Carolina's voter identification law, considered one of the most severe in the country, has reignited the debate over requiring ID at the polls.

Two of the three Superior Court judges who heard the case challenging North Carolina's voter ID law ruled it was unconstitutional due to racial discrimination. The law has been on hold for the past two years as legal challenges have been fought in state and federal courts, and this latest ruling is likely to be appealed by GOP lawmakers who crafted the law.

Voter ID has been a hot topic nationally, especially after Democratic Sen. Joe Manchin of West Virginia proposed implementing a federal mandate to show proof of identity before voting. That proposal was ultimately scaled down when it was inserted into the Democrats' revamped election reform bill, dubbed the Freedom to Vote Act. Rather than making ID a requirement, the bill sets certain standards for states to follow if they do require ID at the polls.

Video: Are We Scaring The Next Generation Away From Public Service? 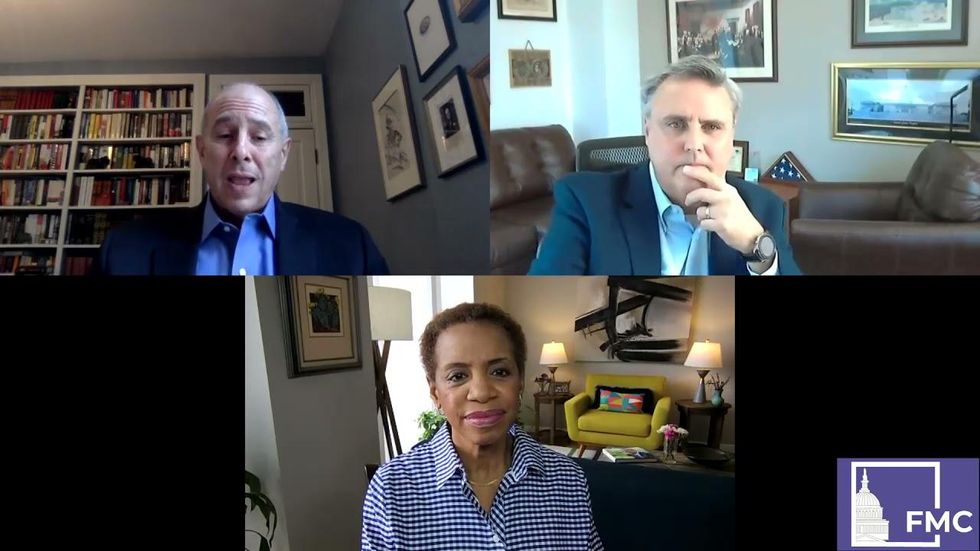 This month, our host, FMC CEO Pete Weichlein sat down with Former Reps. Charles Boustany (R-LA) and Donna Edwards (D-MD) to discuss whether today's hyper-partisanship and lack of civility are scaring the next generation away from public service.

The Power of Poetry 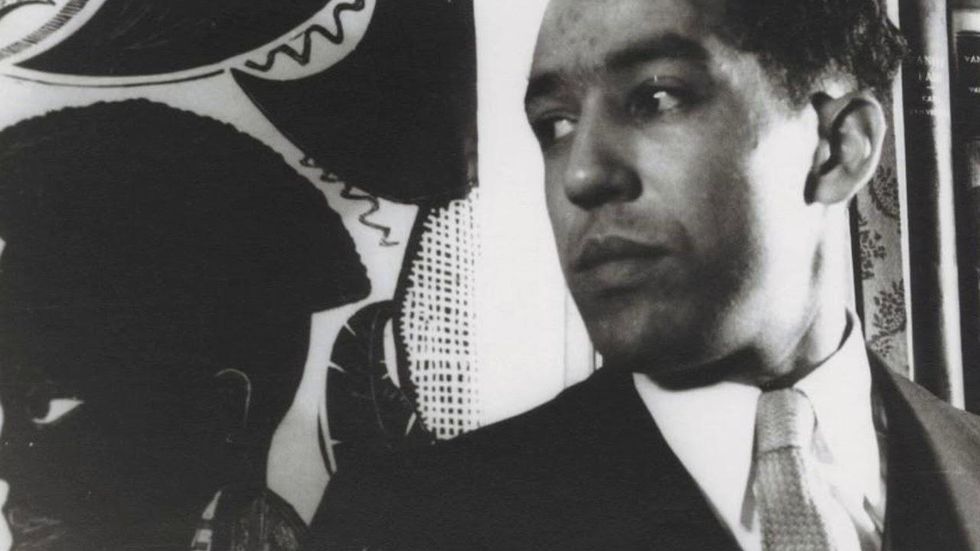 Poetry runs strong through the veins of our American heritage. In the 19th century Walt Whitman believed that the power of poetry and democracy came from an ability to make a unified whole out of dissipated parts, writes David L. Nevins, co-founder of the Bridge Alliance Fund and co-publisher of the Fulcrum. 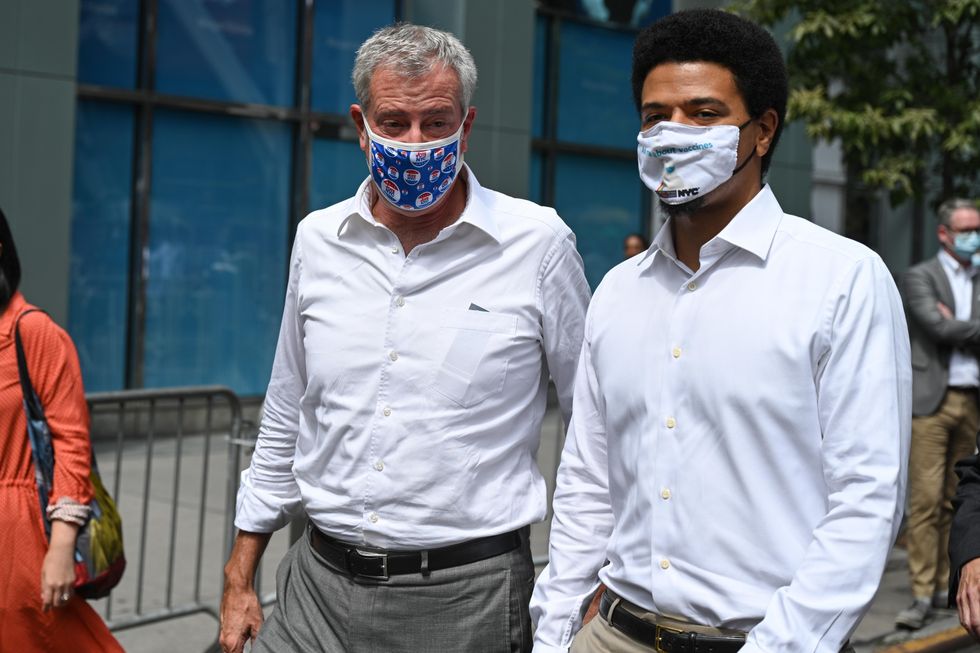 Ballot secrecy is a right every voter is supposed to be afforded. But for hundreds of New York City voters, including the mayor's son, their privacy was violated — further tarnishing the Board of Election' already damaged reputation.

Researchers at Princeton University's Electoral Innovation Lab and the Stevens Institute of Technology found that mistakes made by the New York City Board of Elections allowed them to inadvertently determine the ballot choices of 378 voters in the June mayoral primary. Their post-election analysis was released Monday.

While this is a small fraction of the 1 million votes cast overall, the error raises a major privacy concern and violates the New York Voter Bill of Rights secret-ballot provision. It's also another example in a long list of blunders made by the city's Board of Elections.

Facebook's algorithms fueled foreign propaganda campaigns in 2020. Here's how algorithms can manipulate you.

There is logic in using the wisdom of the crowds in applying social media algorithms. But there are also substantial pitfalls in how they do so, writes Filippo Menczer, the Luddy distinguished professor of informatics and computer science at Indiana University.

A small group of ultra-wealthy donors continue to impact and influence elections in the United States. Issue One shares a video that highlights the alarming, outsized influence that a handful of elite donors have on our elections. 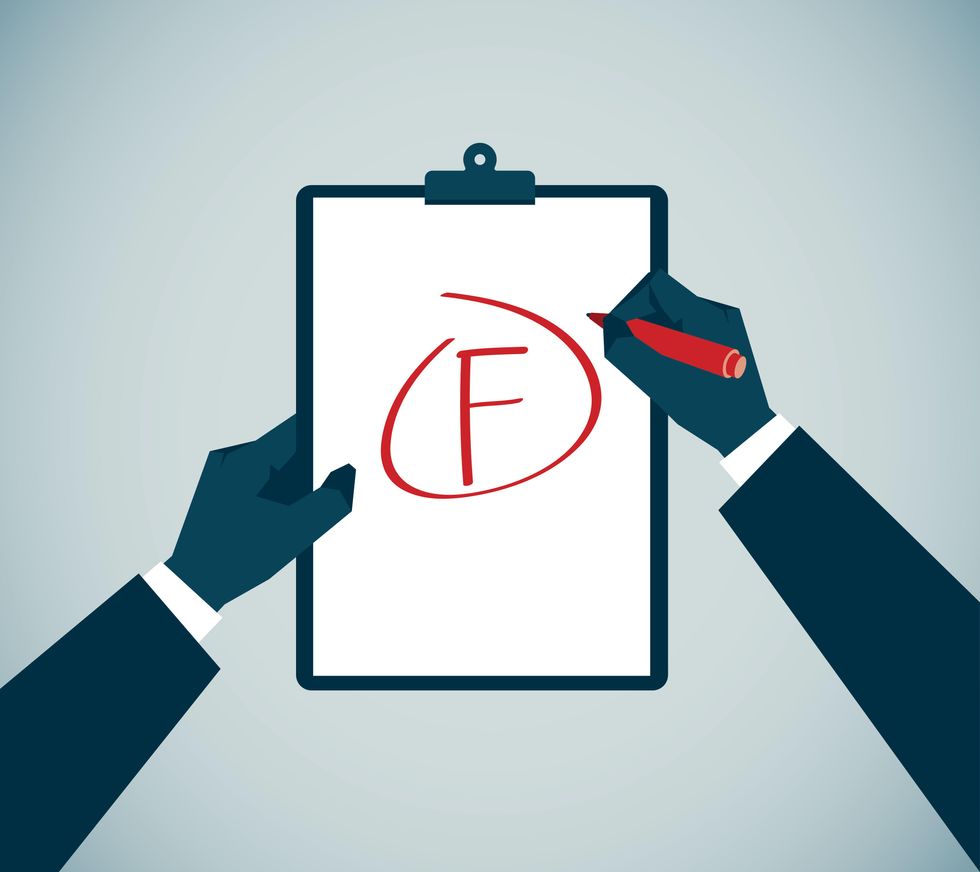 As states start to redraw their election maps for the new decade, redistricting experts have already flagged a state for extreme partisan gerrymandering.

The map for Ohio's House of Representatives gives significant advantage to Republicans, according to the Redistricting Report Card tool created by the Princeton Gerrymandering Project and RepresentUs. The two good-government groups, which are collaborating to analyze state legislative and congressional maps as they are proposed and approved this year, did find an exemplar in Colorado.

Reversing precedent is rare, but the Supreme Court may do it on abortion

Not all precedents are equal, and several Supreme Court justices have signaled they might be open to overturning even long-standing rulings that interpret the Constitution when they consider abortion rights in the upcoming term, writes David Schultz, professor of law.

Podcast: How can we bring people together in a polarized age?

In this episode of the Let's Find Common Ground podcast, a journalist explores stories of hope in bringing people together in a polarized age.

Op-eds of the week: 9/11, underrepresentation, midterms

Coming to America: Exploring the underrepresentation of first-generation women in politics 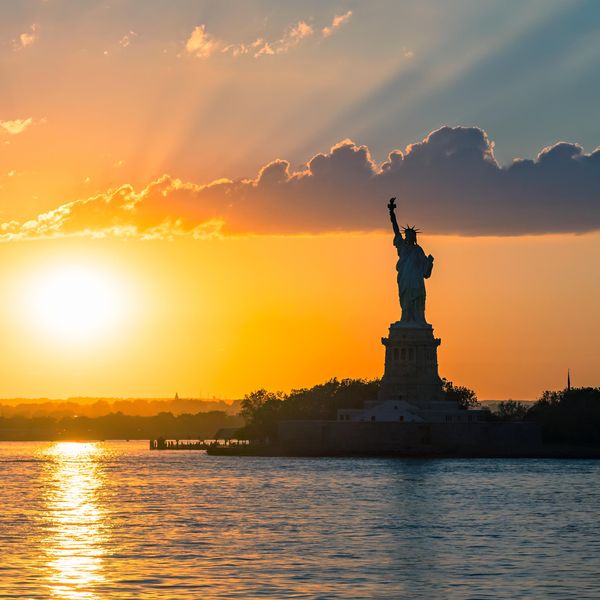 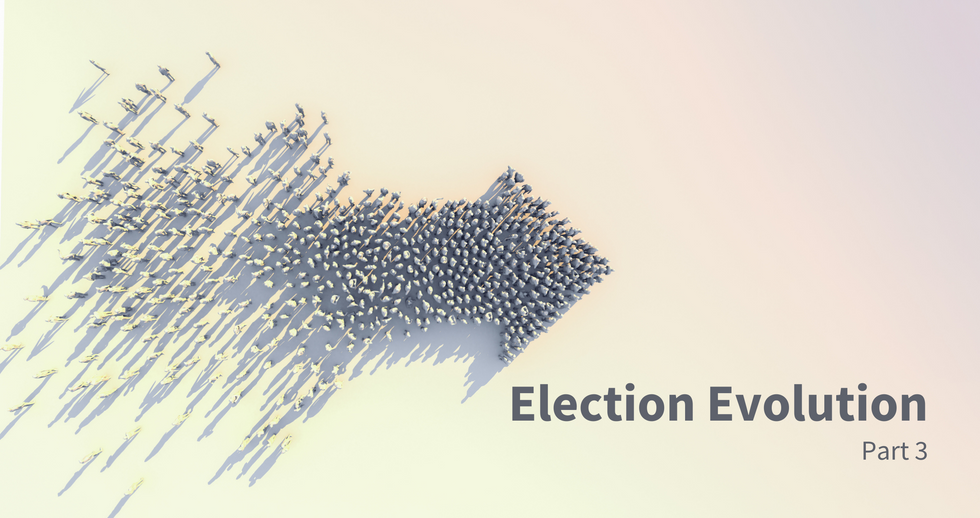 This is the third in a series of articles examining changes to voting laws in every state. Faye Shen Li Thijssen and Cassidy Wang contributed research and reporting for this installment.

To provide a comprehensive analysis of the voting law changes in every state and Washington, D.C., since 2019, The Fulcrum compiled data from the Voting Rights Lab, the National Conference for State Legislatures, the Brennan Center for Justice, and state statutes and constitutions. This third installment focuses on five swing states.

President Biden has made clear the U.S. is not morally responsible to make the world safe for democracy for all peoples. We are instead morally responsible to protect the lives of our own people, even as we do what we can, within limits, to help those most vulnerable in the world, writes Dave Anderson, who has taught at five universities and ran for the Democratic nomination for a Maryland congressional seat in 2016.

Generational divides in American politics are nothing new, but they seem particularly striking now as the oldest Millennials turn 40 this year. Charlotte Alter has spent the past four years documenting these interesting political dynamics and joins The McCourtney Institute For Democracy to discuss with the team in this episode of the Democracy Works podcast. 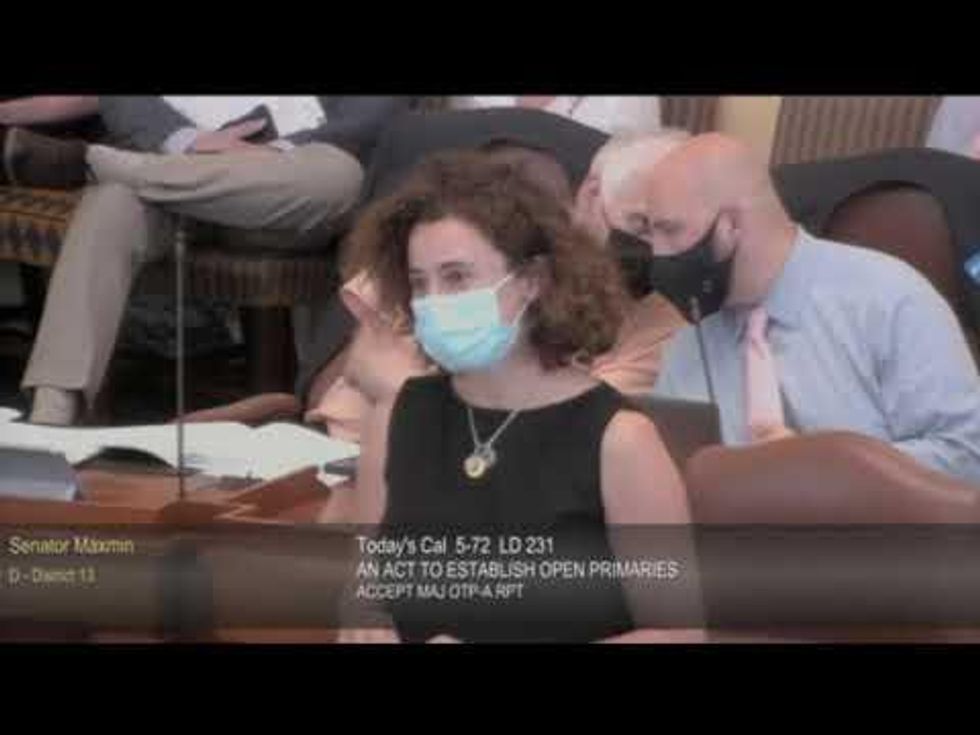 Maine has long been at the forefront of political innovation, from the way its ballots are designed, to its clean election funds program, to same-day voter registration and no-excuse absentee voting, to implementing ranked-choice voting. The state made further changes when it adopted semi-open primaries 2021.

Open Primaries, which partnered with Open Primaries Maine to move the needle on primary reform in the state, released a new report on the multi-year process that culminated in the preliminary votes approving legislation to change the primary system. The report also offers political reform advocates ideas that can be used across different reform efforts.

As the clock ticks down to the midterms, tech needs to ramp up

Cybersecurity is one of the key issues that needs to be addressed for the upcoming elections. Political campaigns need to reach voters in safe ways and earn the trust of the voters, writes Aron Solomon, head of strategy and chief legal analyst for Esquire Digital.

Join RCV on September 28th as they tackle the topic through a nonpartisan lens, with an opportunity to have your questions answered by those most familiar with RCV. The volunteer moderated panel includes Cara McCormick, co-founder of The Committee for Ranked Choice Voting, the historic campaign that made Maine the first state in the nation to adopt ranked choice voting for its state and federal elections.

Facebook’s algorithms fueled foreign propaganda campaigns in 2020. Here’s how algorithms can manipulate you.

Reversing precedent is rare, but the Supreme Court may do it on abortion

I want to bake a pie for democracy

Video: Are We Scaring The Next Generation Away From Public Service?

Video: The History of Labor Day

Podcast: Hey, journalists. Does the public trust you?

Podcast: A summer of the individual vs. the common good

Want to vote on your phone? Election experts want to make it happen.