A call to restore the balance

Silva is director of engagement at YOUnify.

“A bird flapping with one wing is grounded and spins in a circle going nowhere fast.” — The Way

This awareness is at the root of my conviction on all of the challenges our nation and this world face politically, socially and otherwise. It is also a principle that I apply to my own life. As someone who has spun in both directions in many areas of my life, I am in awe that there is a Law above our laws that doesn’t need my permission or understanding to work. And, that surrendering to this Law can welcome a harmony between apparent opposites that enables the miracle of flight for both wings and everything in between. My hope in writing this is that it will serve you as it has served me.

In my faith tradition, there is the guidance that when one is doing a good deed we should not let the left hand know what the right hand is doing. I believe that is because, in part, they serve two different and yet, harmonious purposes: to hold grief in one hand and joy in the other. After all, isn't that what life is all about? But, this isn't something we're taught. We are addicted to zero sum thinking and experience most phenomena as "this or that." And it seems that these days way too many of us are holding grief in both hands and competing with one another as if the one with the most grief wins. As someone who has authentic relationships with all types of people, this has burdened me for quite some time. And thus, I feel compelled to do something joyful about it to restore the balance.

After feeling called out of the pulpit and into the community beyond the walls of the church building, I began working as a director of engagement for the nonprofit YOUnify. In this role, I’ve been fortunate enough to see the inner workings of America Talks, a nationwide event that brings Americans from all walks of life together in conversation across divides. It is also a lead-up to the National Week of Conversations, an outgrowth of the movement to live into democracy’s promise for this country by creating space both virtually and in person for people to cultivate the skills we need to create a culture of collaboration. For me, this is soul work. The life I've lived has positioned me to see many issues from a variety of perspectives. And so, I find value in bringing people together to see that we have more in common than we tend to believe. 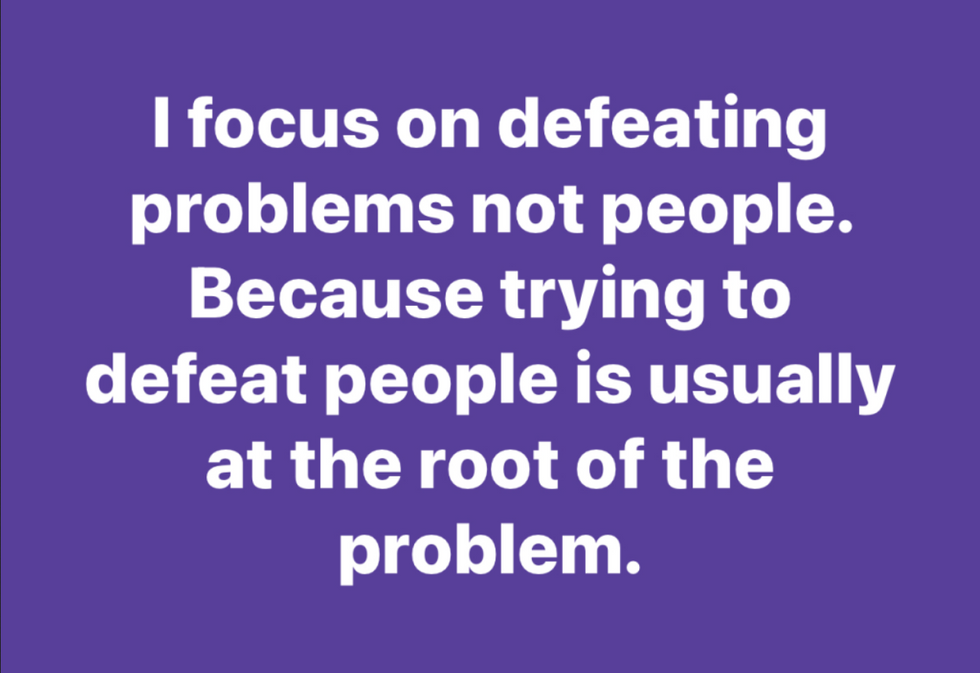 For a long time now, I've witnessed that there has not been enough value placed on building the capacity to communicate across differences. There is a lot of talk about it and money thrown at it. But, when it comes down to it, most of us have been enculturated into the false notion that harmony can only be found in sameness. Even when we talk about valuing diversity, there is the notion that we all have to value it in the same way. But, like with the bird comparison above, everything in nature shows us that this line of thinking is inconsistent with reality. Just as breathing cannot be positioned as inhale versus exhale, many of the dimensions of harmonious relating thrive in making the most of our differences, not in eradicating them and flowing through and with them as situations call for.

This is something that the folks at Polarity Partnerships have been educating folks on for decades. And with their volumes of writing — "And... vol 1" and "And...vol 2" — they articulate this realization as "supplementing Or-thinking with And-thinking to enhance our quality of life on our planet." I feel grateful that I somehow stumbled into this line of thinking and then encountered new ways of articulating it such as what they offer. I feel this especially now, as day by day, more and more people are coming to the conclusion that the idea that a "house divided cannot stand" wasn't just good advice from Jesus and America's 16th president, but also a principle of human relational flourishing.

One group for whom this has become a reality are some folks out of the Grand Junction area who inspired this post. They collectively go by Restore the Balance. In late January, they wrote a piece for the Grand Junction Daily Sentinel titled "It's time to reject extremism in politics." In the op-ed, they list seven beliefs that guide them in rebuilding politics in western Colorado. This is how they get to their "And..." — or what would be called covenanting in certain communities. When people covenant, they allow themselves and the decisions they make to be guided by relational principles of how to be together and serve the greater good. This is essential to intentionally moving a community forward together. The problem, as I see it, is that enough of us have not yet committed to moving forward together. We think it would just be easier if those on the so-called "other side" simply get out of the way. And for this reason, we often assume the worst in people's content rather than inquire more deeply into a person's intent. 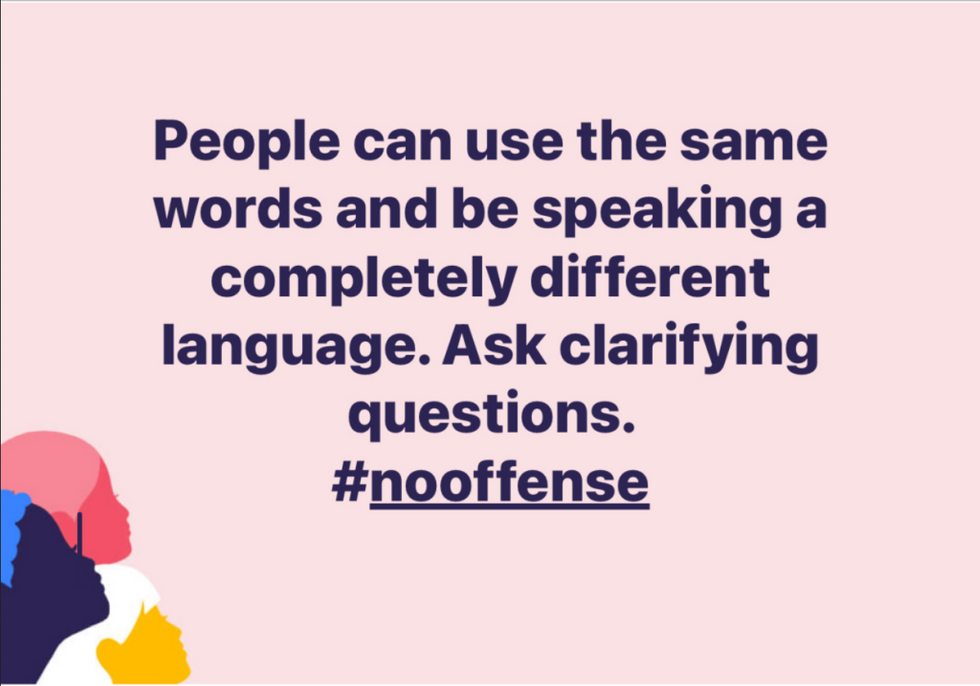 So what’s the answer? If many of us use the same words while speaking a different language, how can we ever hope to transcend what seems to divide us? How can we ever create a world where all people truly feel safe and valued? Well, as far as I can tell, it begins with examining our assumptions and our intent. If we assume that we are not speaking the same language (even if we’re using the same words) and that we don’t really understand what the other person is saying, it opens the door for greater awareness. We can then ask questions like:

If our intention is to foster understanding, we have to be willing to admit that there are things that we do not understand about other folks and then get curious. If we continue to think that the way another person uses language is a failed attempt to speak our language, our egos and its law of separation will continue to seize the day. When that happens, we might end up fighting over legitimate attempts to bridge the gaps between us — whatever those gaps may be.

I know it isn't as easy as I make it sound. But, when we are trying to engage another across differences, we cannot use ourselves as the frame of reference. Doing this severely contributes to the dissension in the world that some of us say we hope to transcend. It would actually be more honest to just come out and say, “I have no intention of understanding where you are coming from, because to do so would threaten my desire to be right, which I value more than I value you. However, if you would be willing to let me dump on you I’d be more than willing to tell you why I think you are wrong and dismiss anything you say to the contrary.”

At a minimum, this gives the other party the opportunity to decide whether or not they would like to participate. And in another way, being honest with oneself and others is the beginning of inclusion — even if what we’re saying seems exclusive — because it establishes some sense of a common foundation. And a common foundation is the very thing we need if we're ever going to restore the balance. 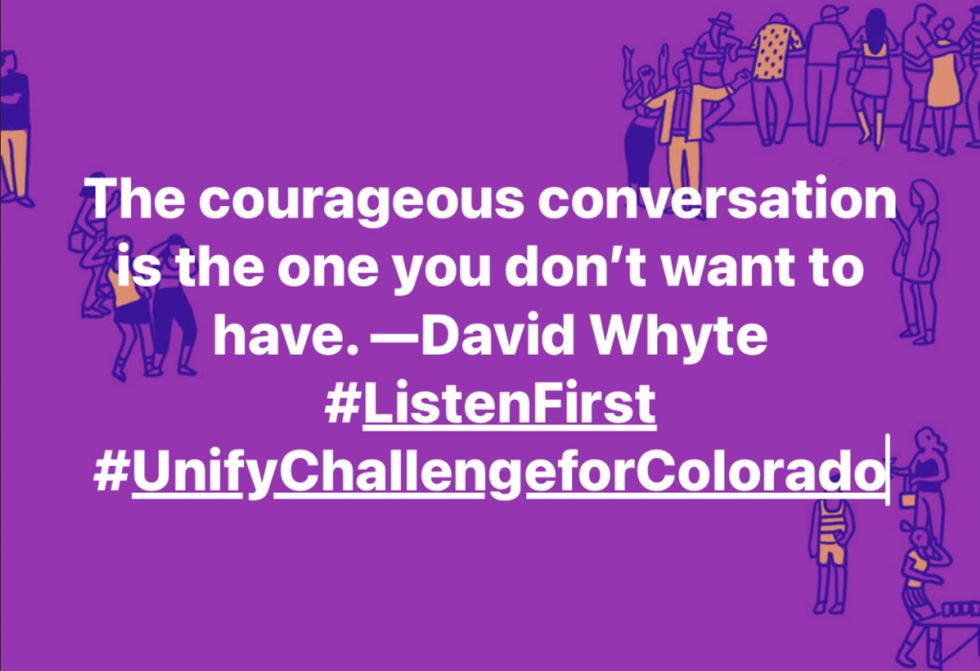 From Your Site Articles
Related Articles Around the Web
bridge building

Russia-Ukraine War: Will it EVER End?