The partisan divide is getting worse 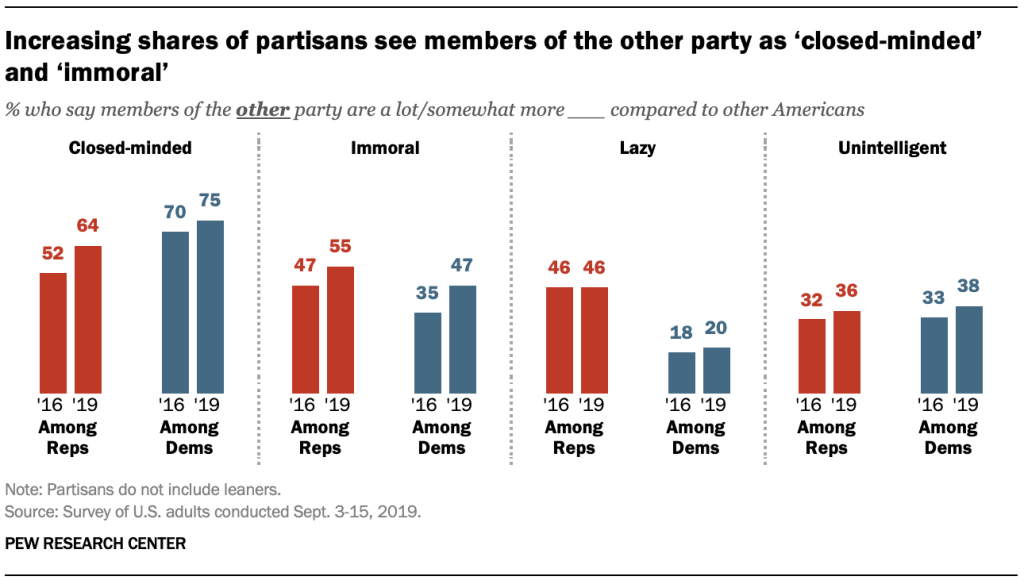 How bad is the partisan division in this country?

Roughly half or more Republicans and Democrats believe members of the other party are more "closed-minded" and "unpatriotic" than other Americans, according to a new survey by Pew Research Center. Nearly two-thirds of Republicans see others as unpatriotic, while only 23 percent of Democrats feel that way.

The survey, which was conducted in early September and before Speaker Nancy Pelosi announced plans to pursue an impeachment inquiry against President Trump, revealed a growing animosity that has festered since Pew last conducted a similar survey three years ago.

Politics and name-calling aside, the majority of Republicans and Democrats also said the two sides didn't share many of their "values and goals" and roughly three-fourths of those surveyed said they not only disagreed on "plans and policies" but also couldn't agree on "basic facts." 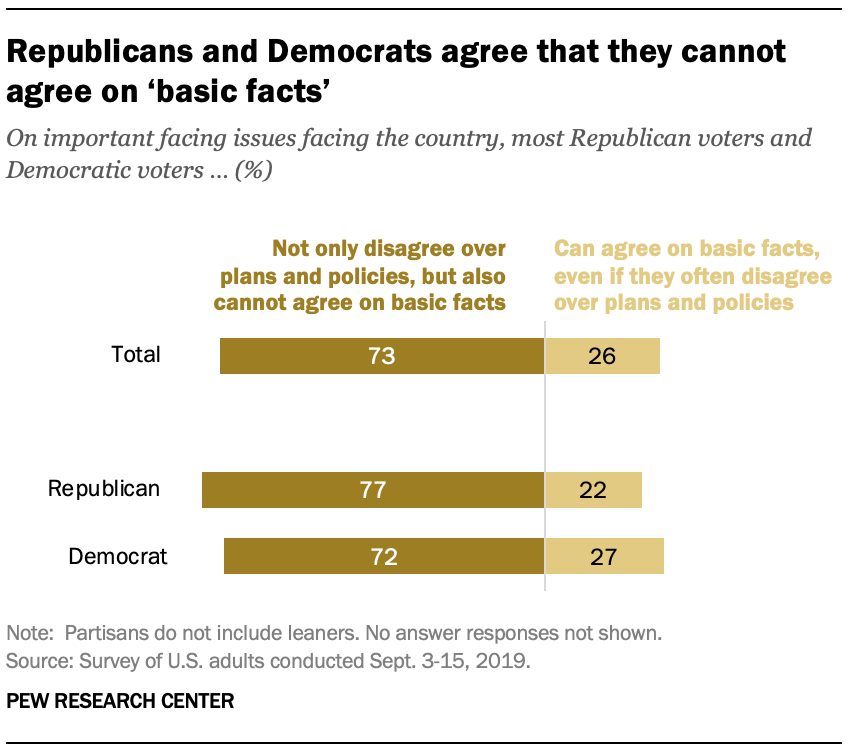 The negative vibes are clearly being internalized: Nearly 80 percent of those surveyed said the division between Republicans and Democrats is getting worse. Yet, only 46 percent said they were "very" concerned about it, with another 36 percent saying they were "somewhat" concerned.