A demonstrator stands in front of members of the National Guard while observing a peaceful protest against police brutality and racism on June 6.

Some good-government groups have made their first tangible move to align their cause with protesters nationwide — pressing for 10,000 allies to decry "the unthinkable" use of the military to quell demonstrations.

President Trump has ordered National Guard troops to begin withdrawing from the nation's capital, responding to the widespread condemnation of his use of force to drive protesters away from the White House and his threatening to have troops put down demonstrations in other cities. Some of the rebukes came from current and former military leaders.

But the organizers of the petition drive say it is important to galvanize sentiment against any return of the armed forces to the streets — which they say would trample democracy not only by violating protesters' free speech rights but also by shredding the balance of power.

"Our cities are not a 'battlespace' to be dominated by our military and our citizens' constitutional rights cannot be infringed upon for a photo op," says the petition, which calls on Defense Secretary Mark Esper and the chairman of the Joint Chiefs of Staff, Army Gen. Mark Milley, to refuse any order "to turn the U.S. military against American citizens."

The groups started circulating their document online over the weekend, gathering 2,000 signatures as a week of protests against racial injustice and excessive policing spread across the country and were almost completely peaceful.

This week, the coalition will begin its digital media campaign to share the petition more widely and rally public support around this issue. The tentative goal is at least 10,000 signatures.

"The use of military might to quell peaceful protests is a tool of dictatorships like Russia or China that rule by terror and force," said RDI Chairman Garry Kasparov, the former world chess champion, adding that his organization will do "whatever it can to ensure that America sticks to rule of law."

Most notably, the troops had used chemical irritants and flash-bang grenades to clear peaceful protesters outside the White House for a photo opportunity by the president. National Guard helicopters flew low over demonstrators to scatter them and active-duty troops were summoned to just outside the capital.

On Sunday the president said the National Guard soldiers would withdraw "now that everything is under perfect control." But, he added on Twitter, "They will be going home, but can quickly return, if needed." 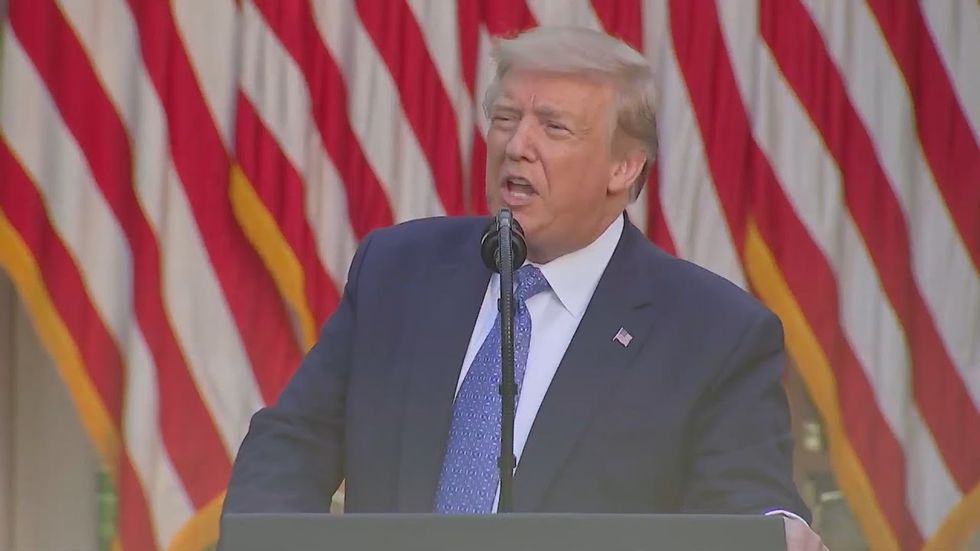 "I am mobilizing all federal and local resources, civilian and military, to protect the rights of law-abiding Americans."
"If a city or state refuses to take the actions necessary to defend the life and property of their residents, then I will deploy the United States military and quickly solve the problem for them."

White House press secretary Kayleigh McEnany said at a briefing June 1 that President Trump has the prerogative to invoke the Insurrection Act to resolve violent protests that broke out in support of George Floyd across the nation.

According to the definition from the Legal Information Institute of Cornell Law School, the Insurrection Actt, adopted in 1807, authorizes the president, at the request of a state government, to federalize the National Guard and to use the remainder of the Armed Forces to suppress an insurrection against that state's government. It further allows for the president to do the same in a state without the explicit consent of a state's government if it becomes impracticable to enforce federal laws through ordinary proceedings or if states are unable to safeguard its inhabitants' civil rights. However, the Posse Comitatus Act prohibits the government from using military forces to act as a police force within U.S. borders.

Governors prefer relying on National Guardsmen to de-escalate the tensions.

On Wednesday, Defense Secretary Mark Esper said he does not support invoking the Insurrection Act and using active-duty military forces to deal with the unrest in U.S. cities — a statement that puts him at odds with his boss.