Women gather in front of City Hall to celebrate the first-ever female majority on New York City Council the 2021 primaries.

Chan is a research associate at RepresentWomen with a focus on ranked-choice voting.

Last fall, New York elected a majority-women city council for the first time ever. This also happened to be the first time the city used ranked-choice voting and public financing. This is not a coincidence.

RepresentWomen’s research team is currently exploring the ins and outs of that election to uncover all the critical ingredients for such a historic outcome, and we’re looking forward to releasing a full report in June. As an appetizer, let's discuss the campaign finance aspects. 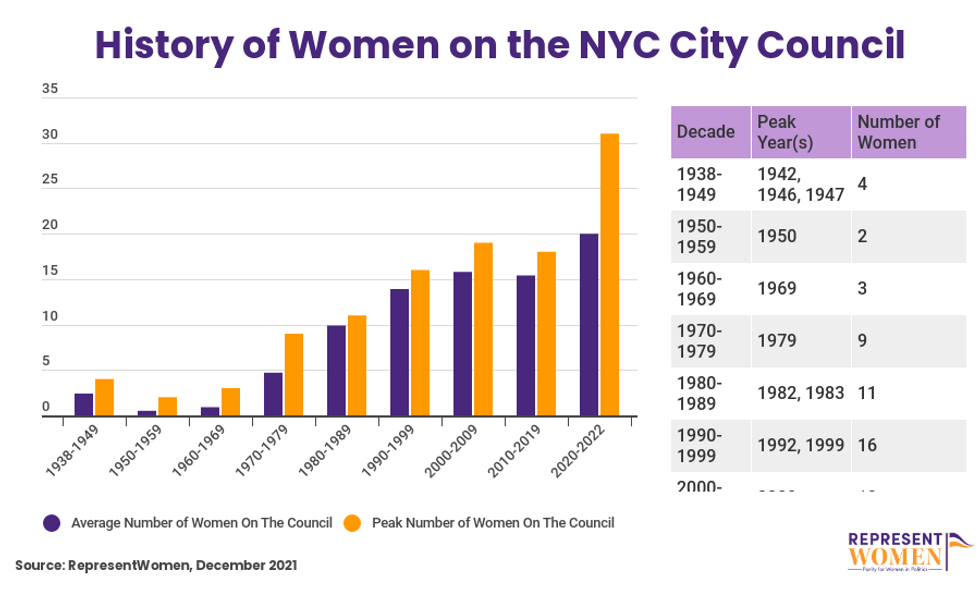 According to the Campaign Finance Board, half of candidates who were supported by independent spenders in the June 2021 primary were women, yet women received only 16 percent of the total dollars given by those donors. 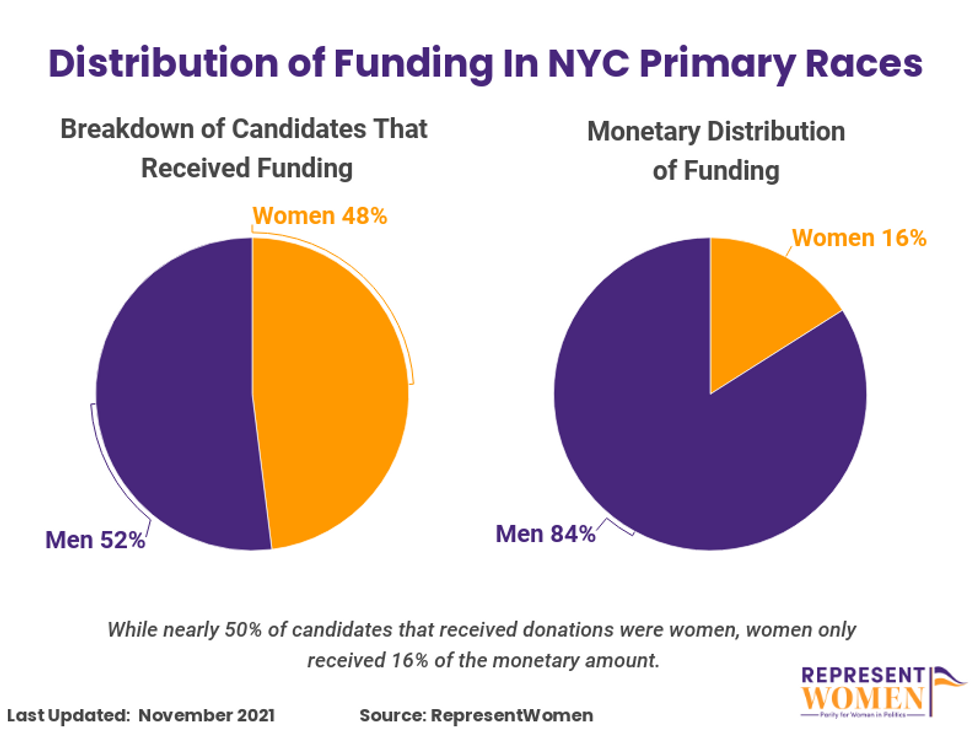 Despite the massive funding gap between male and female mayoral candidates, Kathryn Garcia still came within 1 percentage points of winning the mayoral race and women experienced historic wins to create an unprecedented female-majority on the city council.

How is it possible that so many women could win without nearly as many campaign donations?

Public financing was a key ingredient

But men in the mayoral race relied more on private funds than public funds (a 57/4).

The city council primaries may have been quieter races, but they were just as significant as the mayoral election. For one, they provided ample evidence that, partnered with historic voter turnout, women are successful in ranked-choice elections. They also indicated that in a more equitable voting environment, such as an RCV election combined with public financing, private funding is not the only indicator of success. As research suggests, RCV levels the playing field for women who have thrown their hat into the male-dominated electoral ring. The results of this election support that research.

To achieve gender balance in our lifetimes, it’s clear that we need a twin-track approach that gives women the individual support they need while also breaking down the systemic barriers for women to run and win. New York offers an excellent example of structural reform’s power to achieve gender balance without having to wait another 400 years.

Now all eyes are on the New York city council to see the ways this historic diversity and representation improves policy processes and outcomes in the largest city in America. We believe they will rise above the task.