Invitations prompt a surge in absentee ballots for Michigan primary

Michigan's primary is a month away but more than 1.3 million people have already asked for mail-in ballots, three-and-a-half times the number four years ago. A million Michiganders already have their ballots in hand.

The numbers were detailed Wednesday by the office of Democratic Secretary of State Jocelyn Benson. They suggest her decision to send absentee ballot applications to all registered voters statewide will assure solid turnout in the nominating contests, no matter the intensity of the coronavirus pandemic in August.

That could increase the likelihood everyone in the state is invited to vote remotely again come November, producing even more significant participation in the presidential election — when Michigan's 16 electoral votes are central to the strategies of both candidates.

Benson announced in May that she would pay for county clerks to send mail-in request forms to all 7.7 million of the state's voters, hoping to minimize crowding at polling places in August because of Covid-19.

That prompted President Trump not only to lambaste her on Twitter but also to threaten to withhold federal funding to the state, something he's largely powerless to do by himself. The outburst was one of his first prominent tirades against voting-by-mail, which he maintains without any credible evidence will fuel election cheating.

He also alleges without evidence the practice boosts the blue vote over the red vote, although it's true that Democrats believe an aggressive effort to persuade people in Detroit and other urban centers to vote by mail will assure Joe Biden defeats Trump, who carried the state by just 10,704 votes last time.

Absentee voting participation shot up in Michigan after the state's voters approved a ballot measure two years ago allowing absentee voting for no reason. A quarter of all votes were cast that way in 2018, in line with the national share. 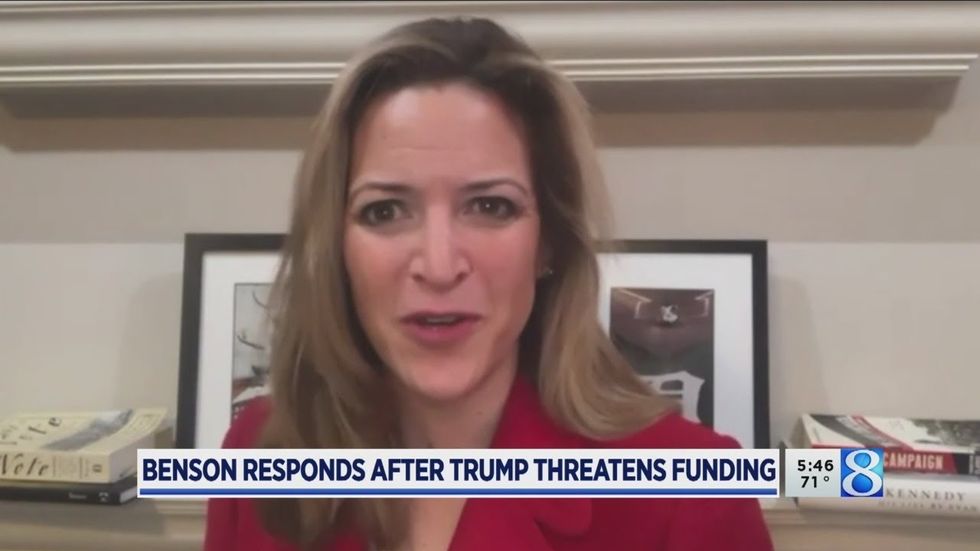 The only game in town

The only major democracy in the world with …

Podcast: Is it time to rethink how we understand political parties?

The only major democracy in the world with …