Mourners light candles on Tuesday at a memorial in Buffalo, N.Y. A gunman killed 10 people and allegedly cited the "great replacement theory" in his manifesto.

Molineaux is co-publisher of The Fulcrum and president/CEO of the Bridge Alliance Education Fund.

Let’s look at historic migration and demographic shifts. All humans descended from homo sapiens in Africa, spreading across the globe and growing from family nomadic groups to larger tribes; then to regional communities and now nation states. Through it all, we have fought over land, wealth, political power and prestige.

Our ancestors were no better and no worse than our neighbors; some were oppressed or supplanted, others oppressors and plunderers.

The book that outlined the demise of “white-centered culture” misses the point. We are all human, descended from Africa. And the projected demographic shifts are a modern fairy tale about land, wealth, political power and prestige; who has it and who doesn’t deserve it. It is based on a myth that our physical characteristics define us. They don’t.

Taken from a historical perspective, our fellow humans are doing what we’ve always done: migrate and propagate. It’s not about replacement. It’s about desire and ambition for something better. Something better for our children. 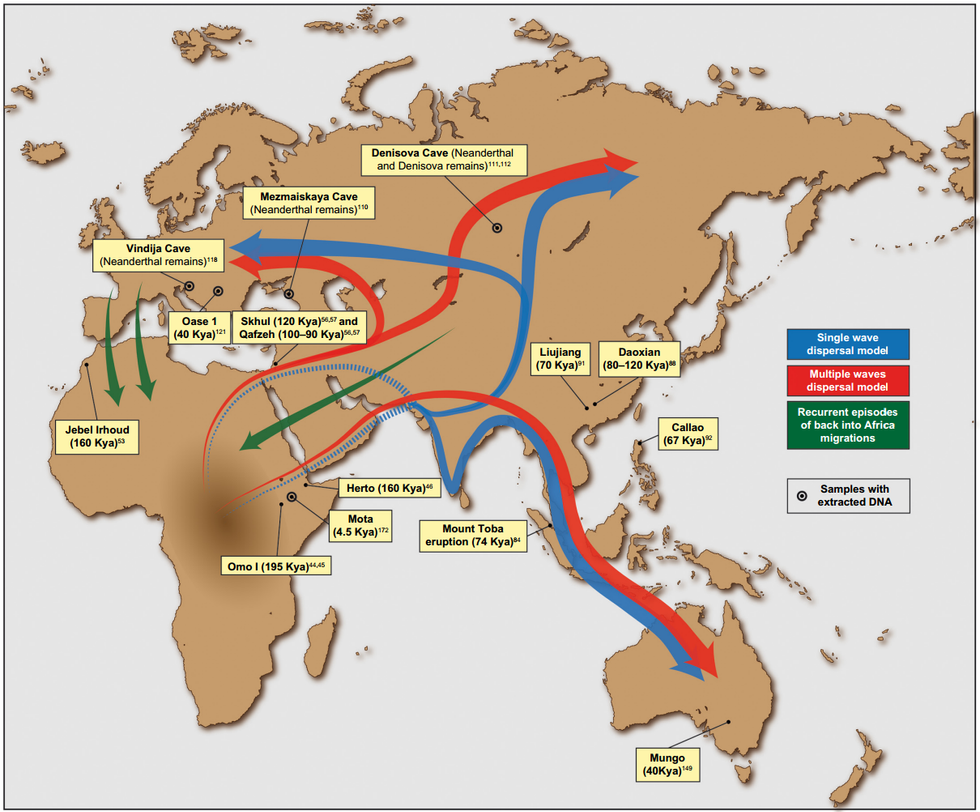 If migration is part of the human experience, how could we prepare for it? Instead of retreating into our bunkers of ideology and groupthink of victimhood, how can we manage migration better?

In the United States, the answer might be an immigration policy overhaul. Creating a system that is coherent and not contradictory. Of course, people who are fighting over land, wealth, political power and prestige don’t want the competition. They like our society as it is. And fear becoming a minority in their own nation.

Which leads me to wonder what it would look and feel like to protect minority rights, instead of stripping them away. If we could reach a point where we are all protected, being in the minority doesn’t matter. But what about the land, wealth, political power and prestige? At least we are addressing the real issues instead of the fake differences. And we will continue to fight about these things, because we are human.

And this brings up another human behavior – our tendency towards group-think as a way to belong. I recently wrote about how easily we can be manipulated by our sense of belonging. And the GRN is another example of providing a story that some people would prefer and then manipulating people to take action that could lead us into a dystopian reality. Unfortunately, and with growing frequency, we are seeing people take violent action against the "other." Just look at what happened in Buffalo last weekend.

Then I ask myself, how do we move forward? Loretta Ross suggested The New York Times that we need to develop an attitude to co-create a better future, through calling-in instead of calling out:

“As it turns out, all of that shaming may be counterproductive. Multiple studies,” Ms. Crockett said, “have found that shaming can make people more resistant to change.”

“When you ask people to give up hate, you have to be there for them when they do.” said the Rev. C.T. Vivian to then new employee Loretta Ross.

This is our challenge. Using our hearts to connect and belong, our minds to persuade others to share with a sense of dignity for all, and our bodies to produce acts of kindness and demonstrate love to our fellow humans. We all come from shared ancestors and we cannot be replaced.

From Your Site Articles
Related Articles Around the Web
disinformation

How to Get a Meeting With Your Elected Officials

Intro to RepresentUS and the Pro-Democracy Movement

How to Get a Meeting With Your Elected Officials

Talking About Frederick Douglass Together

How to Get Media Coverage