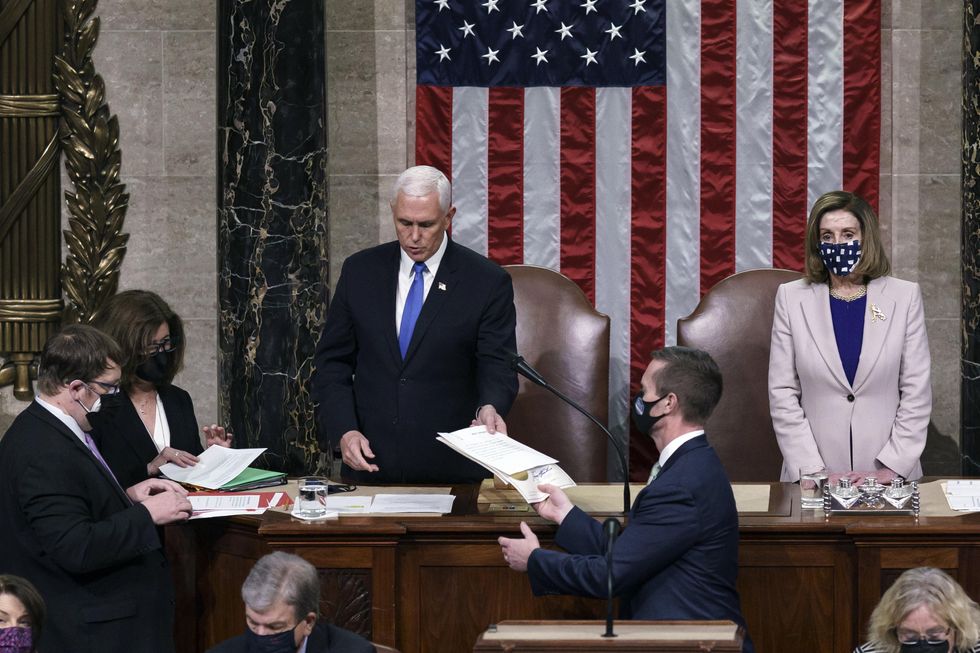 Vice President Pence nears the final certification steps as Congress works through the night to finalize the election of Joe Biden. (Pool/Getty Images)