Not news to many: Our polarized view of media brands is only intensifying

Not surprisingly, each of these companies is among the most politically polarizing brands of the moment. But the best way to make such a list, it turns out, is to be in the news business.

Of the 15 most polarizing brands of 2019, the dozen not mentioned above are from a single industry — the mainstream media — according to a recent survey by Morning Consult, a brand development and news company. The rankings were determined by measuring the difference in favorability of more than 3,700 brands among self-identified Republicans and Democrats. 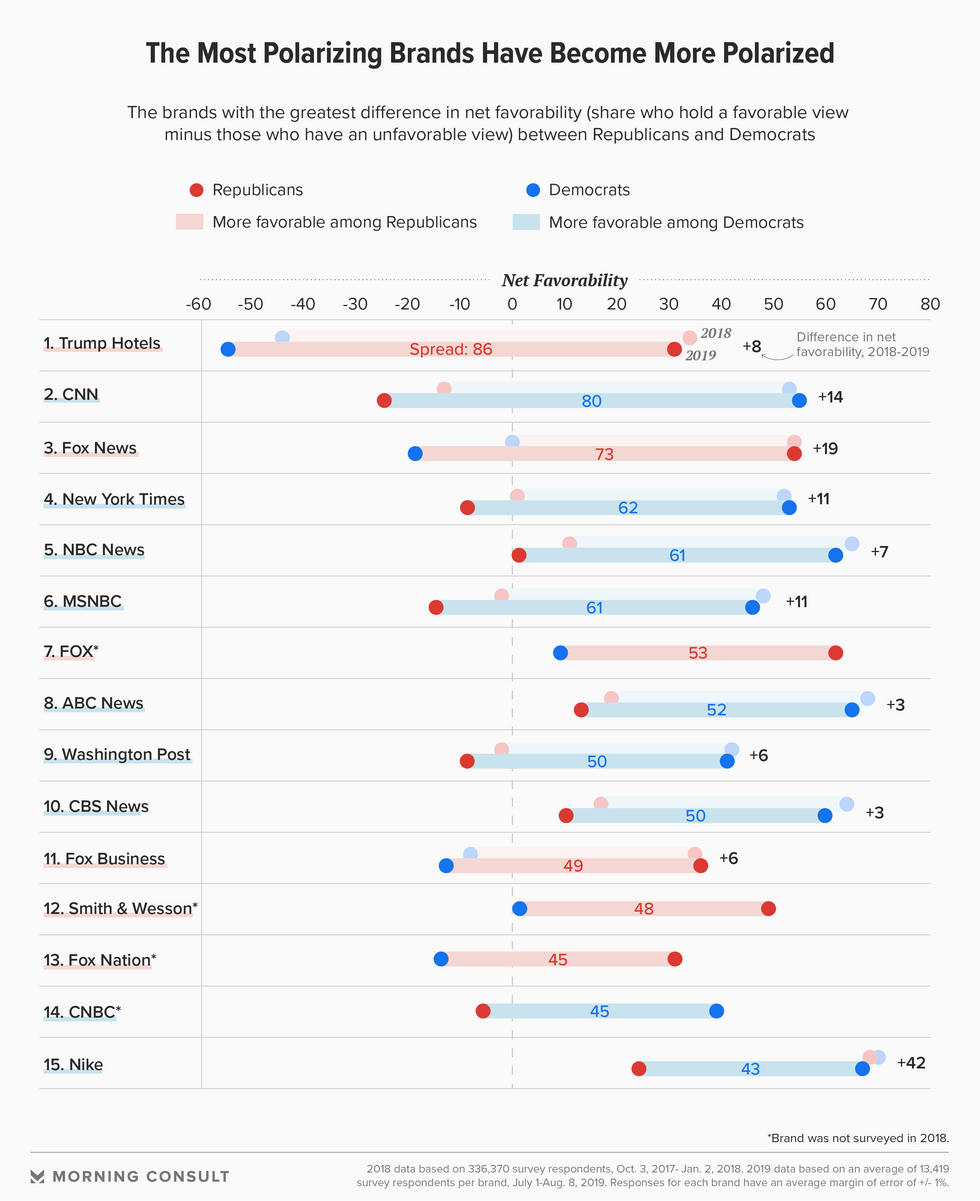 If a healthy democracy hinges on the electorate's ability to debate policy from a shared set of facts, the most recent survey suggests a troubling reality, as the news bubbles that have increasingly segregated Americans along ideological lines is only getting worse.

Some of the findings aren't at all surprising: Republicans are by far the biggest fans of Fox, Fox News, Fox Business and Fox Nation — the only news brands that hold a positive net favorability score among surveyed Republicans — while Democrats have favorable views of the other eight news outlets: The New York Times and The Washington Post, plus the three major broadcast networks and the three big cable news channels without a "fox" in the name.

Morning Consult conducted the same survey last year with much the same result: 12 of the top 15 polarizing brands were news outlets. The big difference in the intervening time is that the polarization of media brands has only gotten more emphatic.

Compared to 2018, Democrats had less positive views of the news outlets favored by Republicans, such as Fox News and Fox Business, while Republicans held far more negative opinions of the major news organizations preferred by Democrats.

Trust in the media as a whole also appears to be largely partisan, as a Gallup Poll released last month found that 69 percent of Democrats but only 15 percent of Republicans had a "great deal" or "fair amount" of trust in news organizations.

The Gallup Poll was backed by a separate Morning Consult report in April that found trust in national news organizations had steadily declined since 2016, a phenomenon "largely driven by Republicans."