What we learned in Georgia last week

Georgia primary went well, but jury is still out on election law's impact 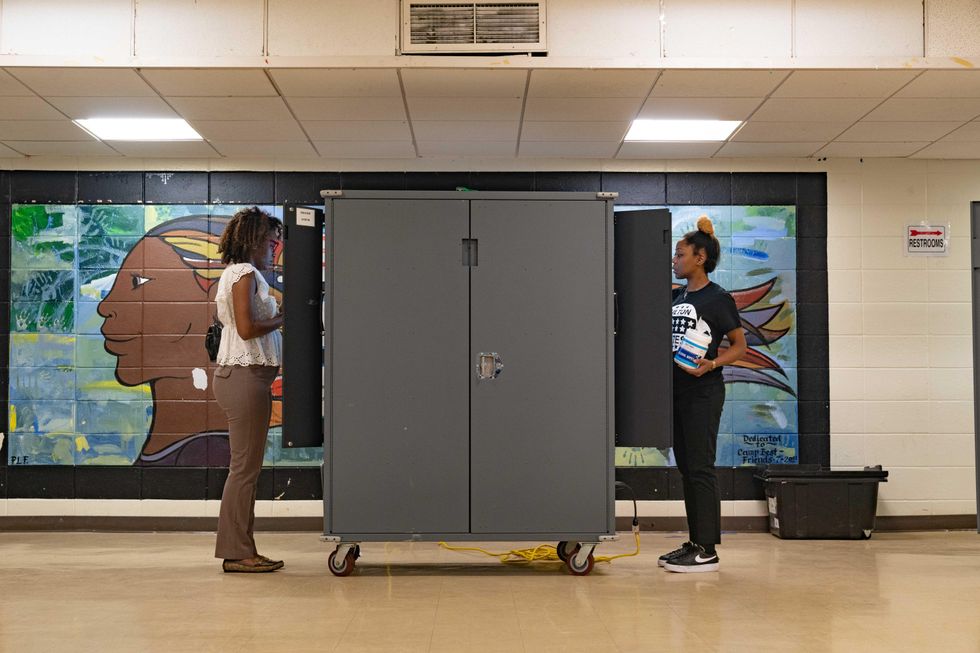 Last week, Georgia wrapped up its 2022 primaries. We say “wrapped up” because more than 800,000 people cast ballots prior to primary day, setting a new record in the Peach State. Because so many people voted early, people who waited until Tuesday did not have to stand in long lines and hope to vote before the polls closed.

This was the first election since Georgia enacted a controversial law in 2021 that made it harder to vote early and imposed other restrictions. That law drew condemnation from voting rights advocates, major in-state employers and even Major League Baseball, which pulled the all-star game from Atlanta.

At least based on the early returns, the law may not have the dire consequences so many people feared would result. Of course, it’s just one election (and a primary at that). The bigger test will come in November with the general election.

But that doesn’t mean we shouldn’t analyze it closely. So we turned to David Levine, an elections integrity fellow at the Alliance for Security Democracy (and a contributor to The Fulcrum) for some early analysis.

Starting with a recap of the new law and walking through last week’s results and lessons for other states, David brings his expertise to the task.

Read our interview with David.

The Fulcrum’s ongoing coverage of the response to the mass shooting in Uvalde, Texas, continues this week.

Jay Paterno, a former Penn State coach who ran for lieutenant governor of Pennsylvania, weighed in Monday by asking, “What is the soul of America?”

At our best, the eloquence and leadership of great leaders repeatedly moved our nation towards a more perfect union. They pointed the way towards our ideals. But to move towards a more perfect union, to solve the violence in America, the bully and the bullet must not be mightier than the voices of millions calling for a more just nation. The money and power of entrenched interests must not destroy the dreams and rights of life, liberty and the pursuit of happiness. …

The time for rhetoric has passed. The time of politicians and lobbyists awash in money staking out intractable and uncompromising extreme positions to remain in power must end. Because, so too, the blood sport of power-play politics is part of our soul.

And Robert Pearl, who teaches both medicine and business at Stanford and has written extensively about the intersection of health care and democracy, believes gun violence has become a medical problem in America and requires a medical response.

President Biden recently signed an executive order on police procedures, continuing to follow his predecessor’s example in expanding the use of EOs. Biden is on pace to average 67 executive orders per year. Other than Donald Trump’s average of 55, that is the most since Jimmy Carter was president in the late 1970s.

The Fulcrum’s Reya Kumar crunched the data and spoke to some experts on policymaking to understand why the use of executive orders has increased in recent years. The experts she interviewed agreed that the increase in polarization is directly tied to executive actions. Here’s longtime congressional scholar Norm Ornstein:

“The biggest change [in recent years] is that the nature of our politics has changed, in that the post-World War II consensus between Republicans and Democrats has imploded.”

How to Pass a Federal Privacy Law: Exploring Areas for a Consensus and a Path Forward - R Street - June 1