Americans agree: Democracy is under attack 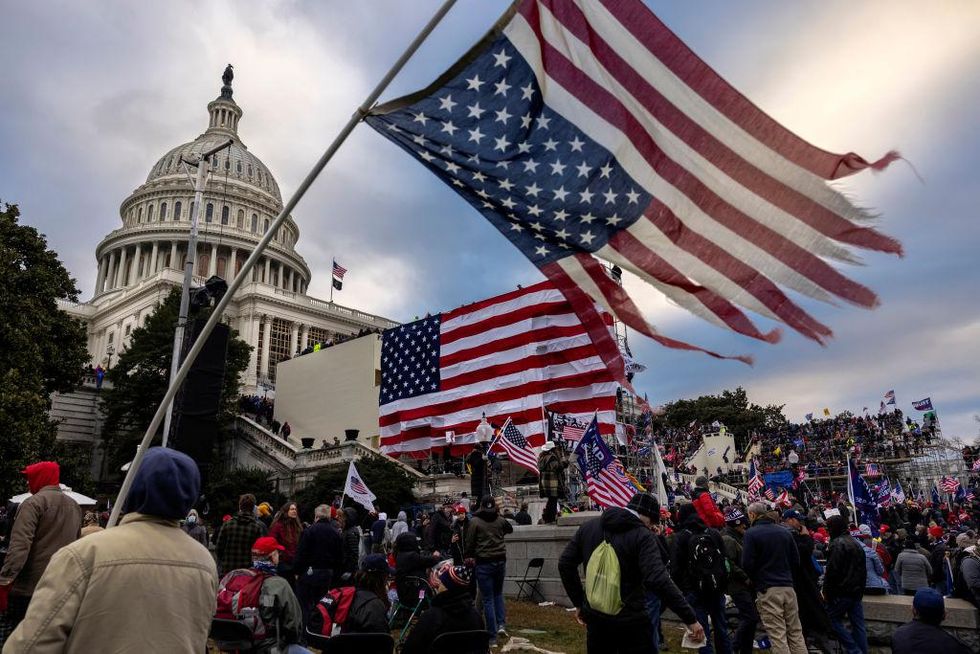 While partisan divides may keep Americans from agreeing on much, post-election polling by Georgetown University found that three-quarters of Americans agree that “democracy is under attack.”

But we don’t agree on all the root causes.

The most widely accepted cause for concern, according to the survey, is the violent behavior in society (74 percent said they are extremely or very concerned about it), followed by bias media coverage (67 percent), election deniers (63 percent), and lack of civility and respect (also 63 percent).

Republicans, Democrats and independents are in sync on their concerns about violence and civility, some areas have a much starker partisan divide.

For example, many more Democrats than Republicans are worried about election deniers threatening democracy, but the numbers are reversed on issues like voter fraud and the impact of “woke culture.”

The House Rules Committee began considering changes to the rules governing the chamber this week, hearing from individual lawmakers who have developed proposals.

Two outside groups – the left-leaning Protect Democracy and the right-leaning Lincoln Network – developed their own set of bipartisan proposals in hopes of winning consideration of their ideas to improve not only the legislative process but also how lawmakers serve their constituents.

Among the 50 or so ideas offered by the groups are some ideas that would either directly or indirectly help with that part of being a lawmaker.

For example, they suggest the House move to a fixed schedule in which lawmakers are in D.C. for three weeks and then back in their districts for two weeks. This could make members of the House more efficient and improve their ability to interact with, and provide care for, their constituents.

Another proposal would establish a subcommittee to continue the work of the Select Committee on Modernization of the House (a suggestion already offered by the committee itself, as it is shutting down). Many of the committee’s recommendations have focused on improving constituent services.

Three months into Elon Musk’s ownership of Twitter, many have predicted the social media network is on its last legs with people shutting down their accounts and much of the staff either fired or have quit.

Roger McNamee, who was an early investor in both Facebook and Google as well as an adviser to Meta’s Mark Zuckerberg, believes Musk’s impact as CEO will be felt way beyond the internet: "We have essentially turned over the biggest communication systems in our country-- effectively the places where Democracy takes place – to a handful of billionaires whose personal politics and personal ambitions are at odds with Democracy.”

Chloé Valdary: The Theory of Enchantment - USC Center for the Political Future - Dec. 1