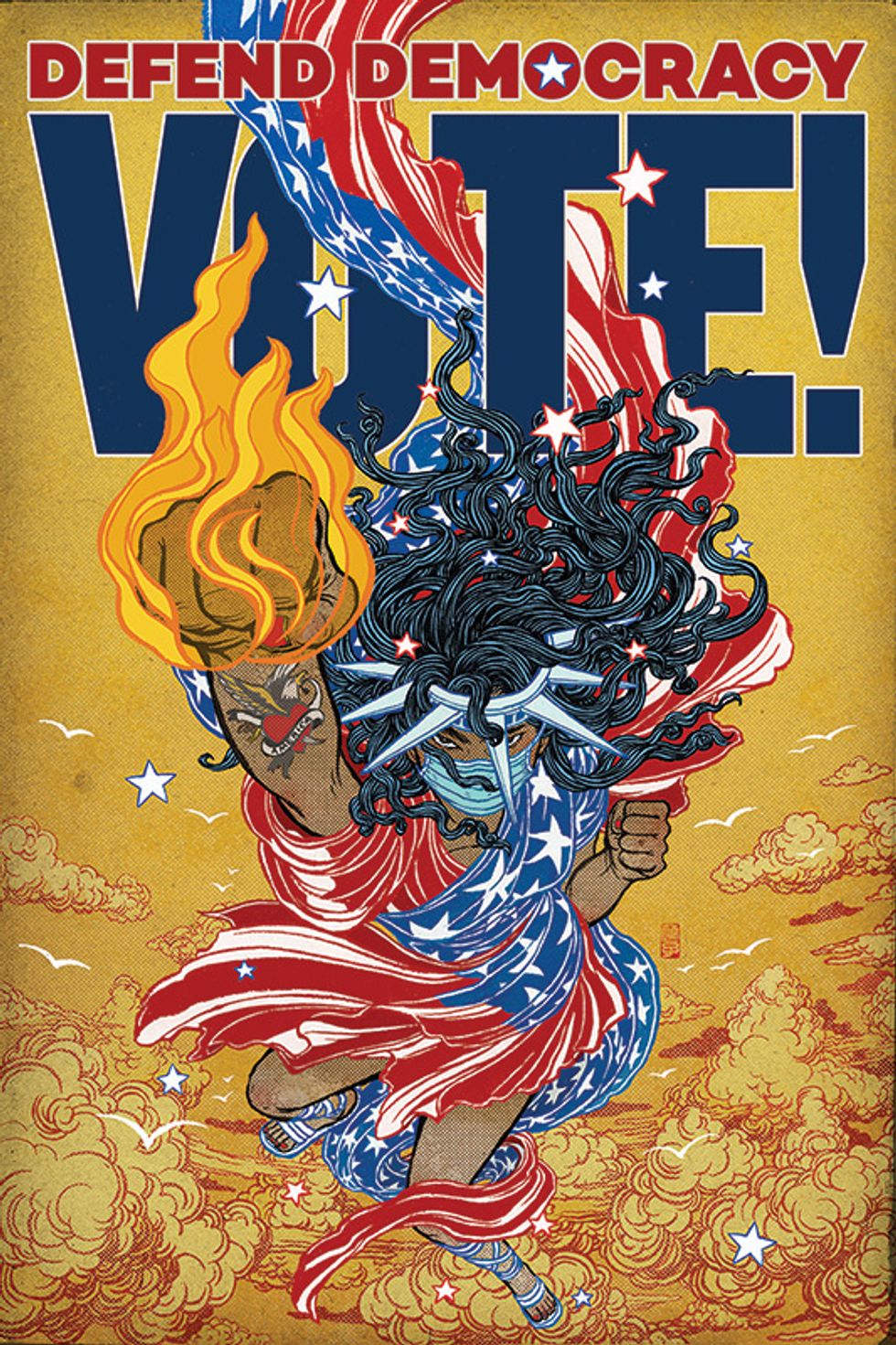 The Norman Rockwell Museum in Stockbridge, Mass., sponsored a poster contest focused on encouraging people to vote. This one, called "Defend Democracy (Lady Liberty)," is by Yuko Shimizu, a Japanese illustrator working in New York City whose work ranges from Pepsi cans to DC comics. Check out the other winners here.

We took big steps toward a multiracial democracy on Election Day

The politics of counting votes

Political rage: America survived a decade of anger in the 18th century – but can it now?

Ask Joe: How to discuss mask requirements with a stranger

Video: Hollywood and storytelling in a divided America

We must live ‘Both Sides Now’

Political rage: America survived a decade of anger in the 18th century – but can it now?

Ask Joe: How to discuss mask requirements with a stranger

Video: Hollywood and storytelling in a divided America

We must live ‘Both Sides Now’