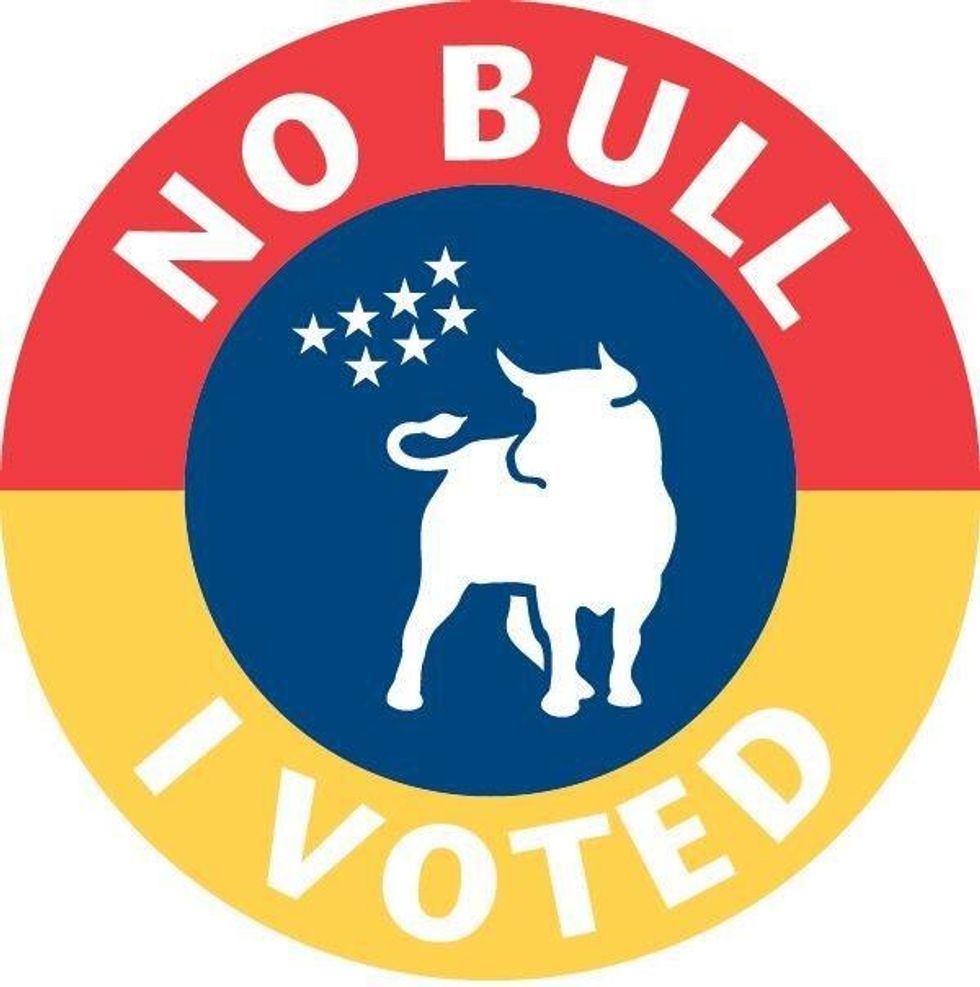 North Carolina's Durham County is one of many localities that conduct a contest to come up with the design for the traditional "I voted" sticker handed out when people leave the polling place. There's not a flag anywhere in this year's winner, while the stars on a blue backdrop take on a different meaning.