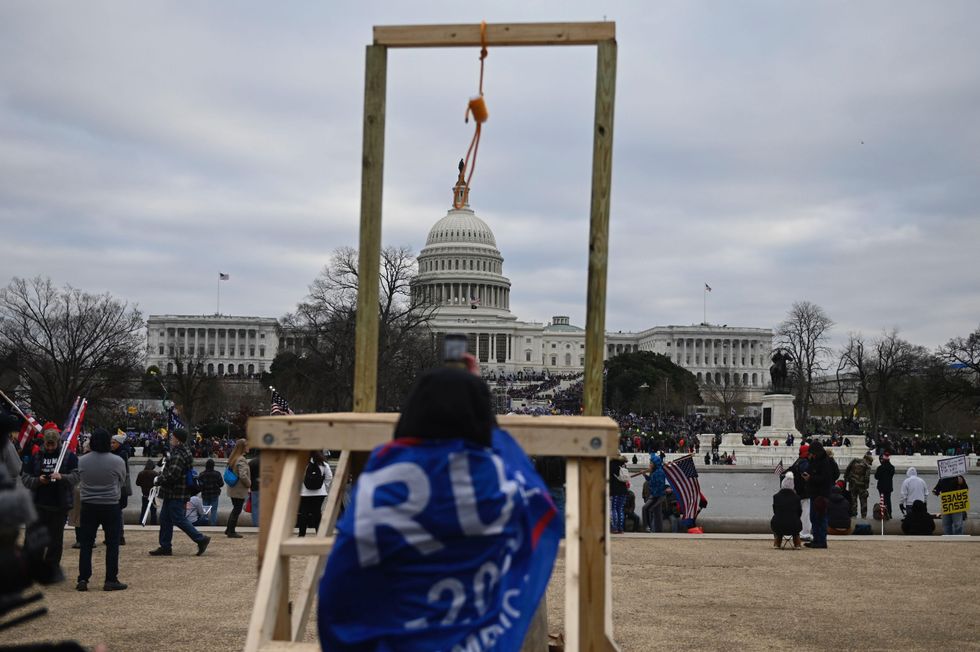 A noose is set up near the Capitol while rioters break into the building. (Andrew Caballero-Reynolds/Getty Images)