Documentary director seeks to show how democracy reform is possible

"Unrepresented," a new documentary on the cycle of corruption in Washington, examines dysfunction in Congress but also tells the story of how long-fought dreams, such as women's suffrage and civil rights, became a reality through dogged activism that spread from state to state before forcing change at the federal level.

The film, set to premiere at film festivals this fall, includes conversations with six dozen activists, academics, lawmakers, heads of watchdog groups, and current and former federal agency officials, who dissect the structural problems embedded in the system and the work being done to fix it.

At heart, the documentary poses a central question: If we have a representative form of government, why do policies that enjoy widespread support fail to become law? What we learn are the root causes that account for millions of Americans being "unrepresented" and solutions to make our democracy work again.

The Fulcrum caught up by phone with the Detroit-based director, Daniel Falconer, to discuss his approach to the project. The conversation has been edited and condensed for clarity and length.

The Fulcrum: What message do you hope viewers will walk away with?

Daniel Falconer: Our goal is to get people to focus on structural reform rather than just candidates and to think locally whenever possible.

Reforms have happened. It's possible. And the way it tends to happen — even if there is a national law passed that changes things overnight — is usually through a concentrated effort at the state and local level as opposed to just marching to Washington, stating your case and having Congress come to their senses and change policy the next day. That just typically isn't how it happens.

A shifting of the conversation is also extremely important.

You hear a lot of calls from politicians for civility. But for us, as citizens and neighbors, it should be about trying to seek the shared ground — a willingness to lead with what you agree about and focus your efforts there. And then once all these things are fixed and we have a government that actually represents the will of the people, then we can go back to arguing about which direction it should go. But first we need to get the vessel afloat. And that's what people can do.

That's the change I can say I've definitely made. I have not gotten any legislation passed in the city I live in but I'm more active than I used to be. And I can tell you: When I'm at Thanksgiving or wherever, talking to people who I tend to end up in political conversations with, I do more than just voice my opinion about this or that issue. I talk about structural reform now.

If the film affects you, shift your political arguments. Instead, change them to discussions. Do more listening to the person who disagrees with you. If you find that they are just bitterly partisan and entrenched in their ways and not interested in talking about common ground, bring up how broken the system seems to be. Focusing on an agenda that can change the system is more important than just deciding who among those that benefit from that system we would like to have lead us. 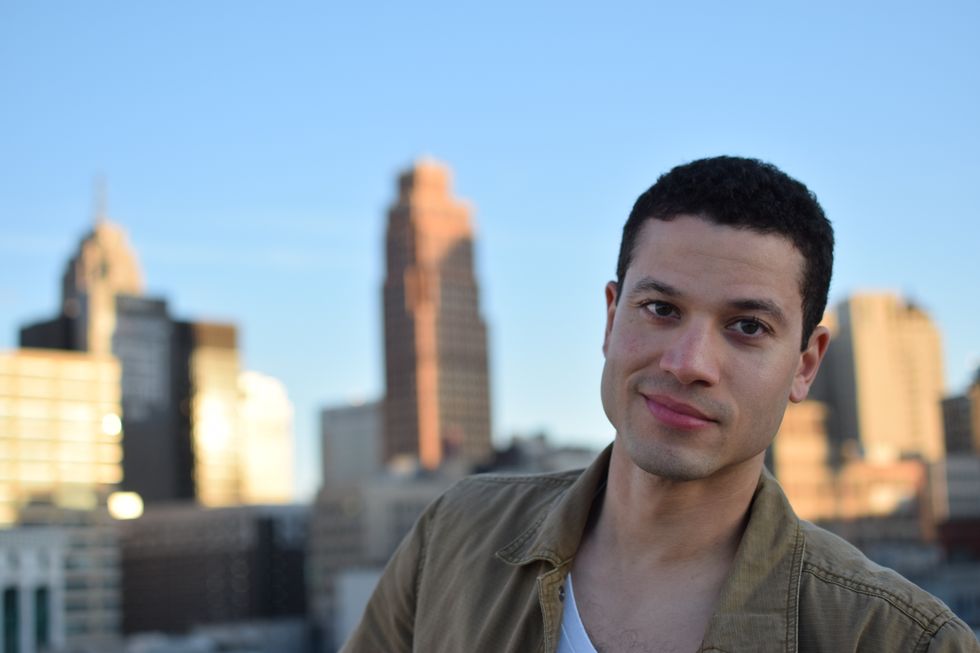 Did anything surprise you while making the film?

The amount of consensus that I found. And the degree to which I could talk pleasantly about common sense, structure-of-government types of reform with people who I suspect have voted quite differently than I ever have or will and who might have very different social agendas than myself. That was a pleasant surprise.

Even if I like to believe in my heart that people are basically good — and that I might not be so different from someone who appears to be my adversary — I hadn't really felt it in the way that I did in the course of covering this.

Interviewing a person who I was expecting to be really adversarial — or just be partisan and try to sneak in something that promoted their side — call out the failings of their own party as loudly as anyone on the other side would, and who really just seemed to have integrity when it came to wanting a functional government, that was an encouraging experience.

Why discuss the national debt in a film about corruption in Washington?

The reason is they know they can get something out of it. Maybe deregulation or a subsidy via the tax code, but they want something. And why do they feel confident they'll get it? That really is guaranteed by unlimited federal debt.

There's also a functional political problem created by unlimited debt. The political will to say "no" oftentimes is simply impossible when there's unlimited money.

You have to have a more honest conversation about where our priorities lie when every dollar is actually being counted.

Could Congress reform itself or is it solely possible with local activism and changes at the state level?

It would take a real sea change. I think if we get the right kind of electoral reforms through municipalities and states, we'll be able to elect moderates again and see reform through the federal government.

But really, it first takes a declaration from states that this is where we stand, period — we're about to change the law, with or without you. Then it turns into a credibility problem. When marijuana becomes federally legal, it won't be because the federal government just woke up without any activity from the states and said, "Oh, yeah. We should do this."

It'll be because more than half of the states have decided to violate federal law, and at a certain point, they realize they have a credibility problem.

I don't pretend that reforms won't have to happen at the federal level eventually. Much like women's suffrage or civil rights, it will come down from the federal level, but it will be on the far side of a lot of concentrated state effort. That's how you're going to get their attention.