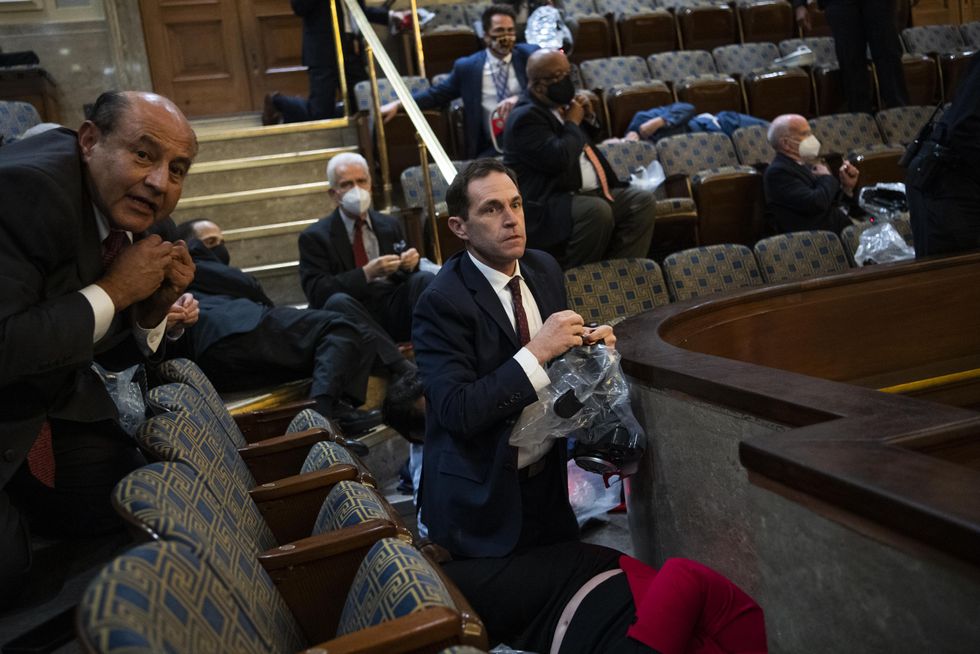 Rep. Jason Crow and other lawmakers take cover in the House chamber during the joint session of Congress. (Tom Williams/Getty Images)