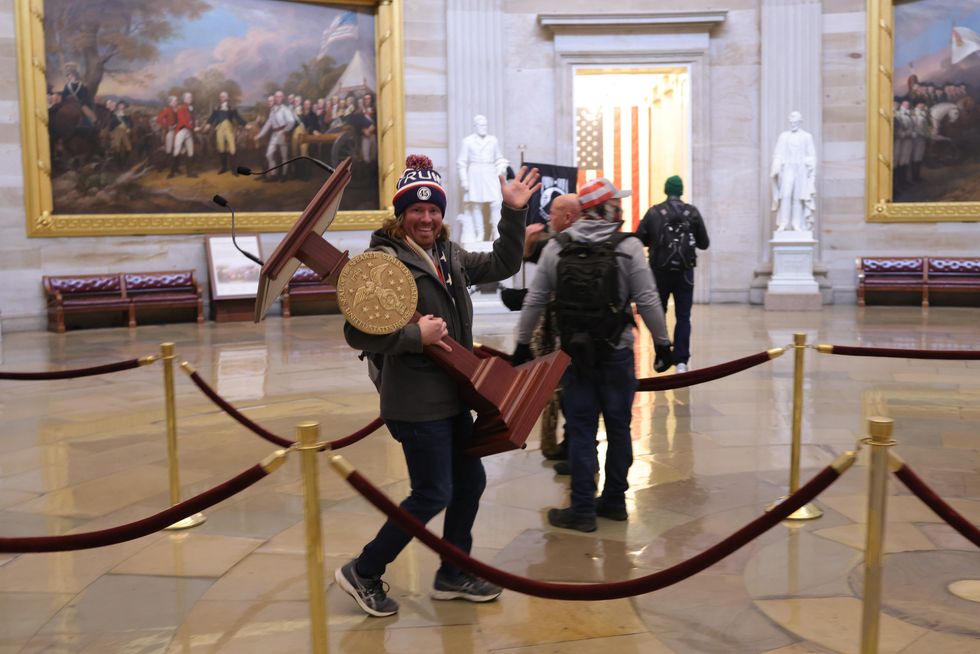 A member of the mob that broke into the Capitol carries a podium through the Rotunda. (Win McNamee/Getty Images)